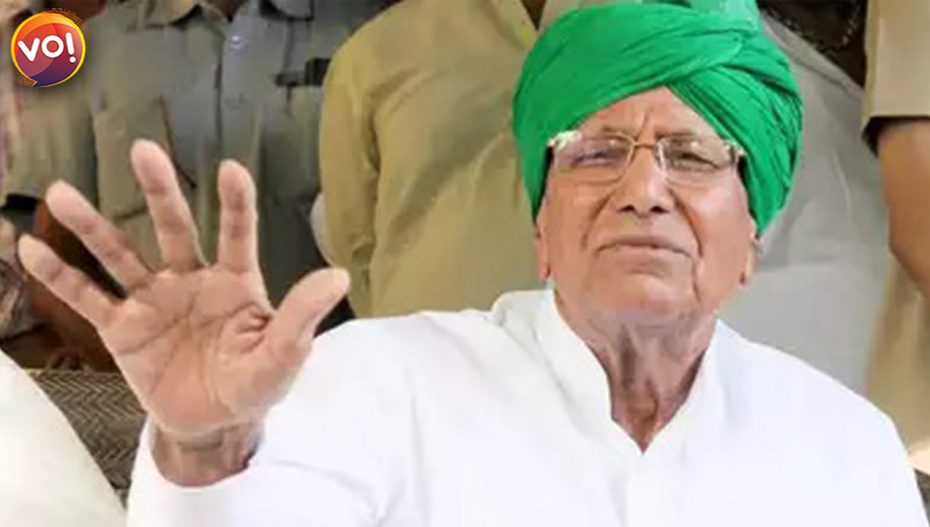 The former Chief Minister of Haryana, Om Prakash Chautala, cleared his Standard 10th and 12th exams at 87. Interestingly, he achieved first division in both exams proving that learning has no age limit. The veteran politician was in office from 1999-to 2005 as the CM of Haryana.

The Haryana Education Department handed over the mark sheet to the INLD leader on Tuesday, May 10. He was spotted beaming and proud as he received his results. Earlier, the Chief of the Indian National Lok Dal, Chautala, attended the 428th birth anniversary of Veer Shiromani Maharana Pratap on Monday. He was the Chief Guest during the event. Haryana Education Board officials informed about the results to the former CM as he reached the venue.

The former CM, Chautala, appeared for his class 10th examination in 2019 but could not write his English paper. Due to this, the education Board had to withhold his class 12th result. Later, in August, he took the English exam and scored 88 marks out of 100. Thus, Chautala passed his exams with flying colours.

Dasvi, a movie inspired by Chautala, stars Abhishek Bachchan and Nimrat Kaur. The movie is set around the events when Chautala was in Tihar Jail, where he appeared for his class 10th exams. He went to jail as the court found him guilty of a recruitment scam. In Dasvi, Abhishek Bachchan plays the role of Chautala, an illiterate man with immense power at his disposal. Abhishek’s character finds himself in an unfortunate situation where he has to look deeper inside.

Bachchan and Kaur congratulated Chautala on Twitter. Even at 87, Om Prakash Chautala has high spirits. While people his age are busy enjoying retirement, he is still active in politics. In the last two years, he has visited all the districts of Haryana several times. Even when he reached the examination centre, he did not answer any political questions. He said, “I am a student- no comments,” and went on to write his exam.

AB Jr Gives It Back to KRK’s Trolling Ways