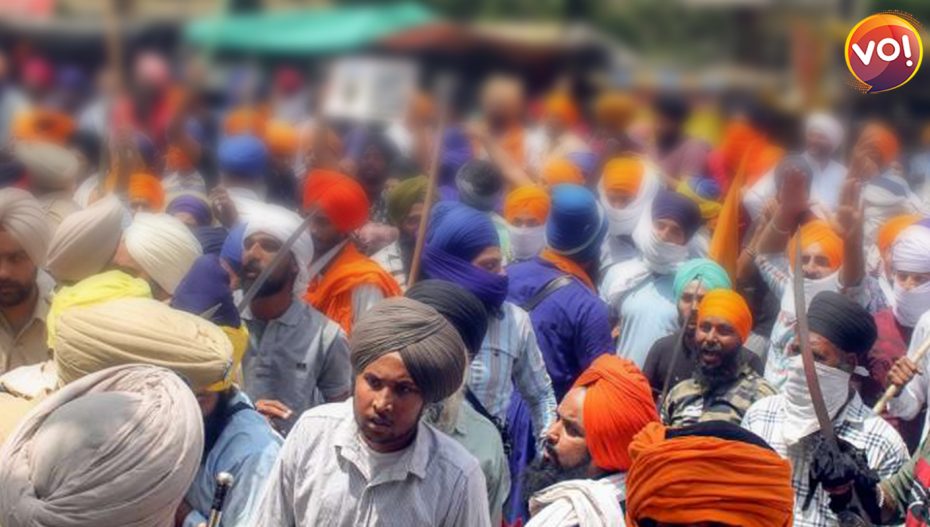 Pockets of Patiala in Punjab witnessed violence and tension after two groups clashed, Friday afternoon. Chief Minister Bhagwant Mann called the incident unfortunate and vowed his government will not let anyone create disturbance in the state. Clashes broke out after the procession held by the group which identifies itself as Shiv Sena (Bal Thackeray) came face-to-face with a Sikh group that is believed to be pro-Khalistan.

Four persons, including two policemen, were injured as the two groups clashed. One group is said to have caried out the march even as the other contested the claim.

In a bid to avoid possible ignition of the volatile situation, the Punjab government, on Saturday morning, blocked all mobile internet and SMS services, except voice calls till 6 pm today.

CM Bhawant Mann’s government also took strict action against the state police, removing three top officers in the department over their failure to control the violence in the district.

The Patiala Range IG, Patiala SSP and SP have been transferred from the post following orders from Chief Minister Bhagwant Mann, who is reportedly upset about the police response to the violence.

“The incident of clashes in Patiala are deeply unfortunate. I spoke with the DGP (police chief), peace has been restored in the area. We are closely monitoring the situation and will not let anyone create disturbance in the State. Punjab’s peace and harmony is of utmost importance,” Mr Mann said.

According to the police, Shiv Sena (Bal Thackeray) members took out the march without police permission. Members of the two groups also waved swords and threw stones at each other.

The district administration has also appealed to residents to maintain peace and harmony, requesting the two groups to resolve their “dispute or misunderstanding” through a dialogue.

“Peace and harmony are central to all religions. Even if there is any dispute or misunderstanding, it is important to resolve it by dialogue. As such, the District Administration appeals to all brothers and sisters of Patiala and Punjab to continue to maintain peace and brotherhood. The present situation is under control and being continuously monitored. All measures are being taken to ensure peace and harmony,” Patiala District Commissioner Sakshi Sawhney said in a statement.

Protests Before Polls Forces BJP To Scrap Many Gov...