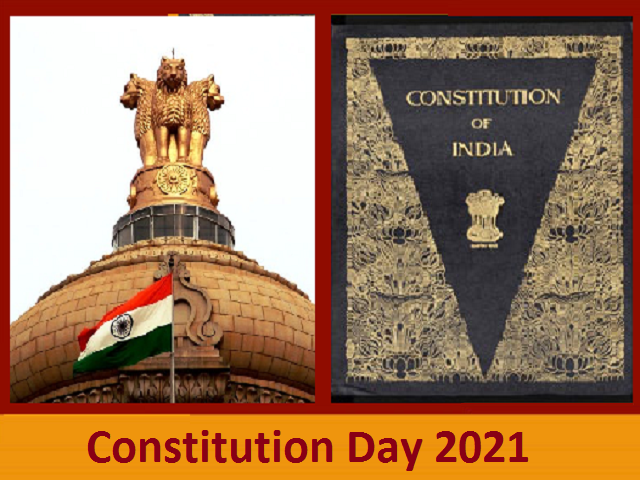 Constitution Day, which is also known as National Law day is celebrated in India on November 26 every year in order to commemorate the adoption of the Constitution of India.

In November 1949, the Constituent Assembly of India adopted the Constitution of India that came into effect on January 26, 1950.

MyGovIndia took to Twitter emphasising on the reason for celebrating this day. ” This day is marked to honour the makers of our Constitution and to reiterate our commitment to building an India that would make them very proud. ”

As part of Azadi ka Amrit Mahotsav – the central government is celebrating Constitution Day signifying 75 years since the country gained independence from the British.

As per an official release issued by the ministry of the parliamentary affairs, the vice president M Venkaiah Naidu and Lok Sabha speaker Om Birla will also be addressing the programme organised in the Parliament.

While, on the 71st Constitution Day of India, PM Narendra Modi will be attending two programmes in the national capital – one at 11 am in the Central Hall of the Parliament and the other at 5:30 pm in the Vigyan Bhawan.

Who drafted our Constitution?