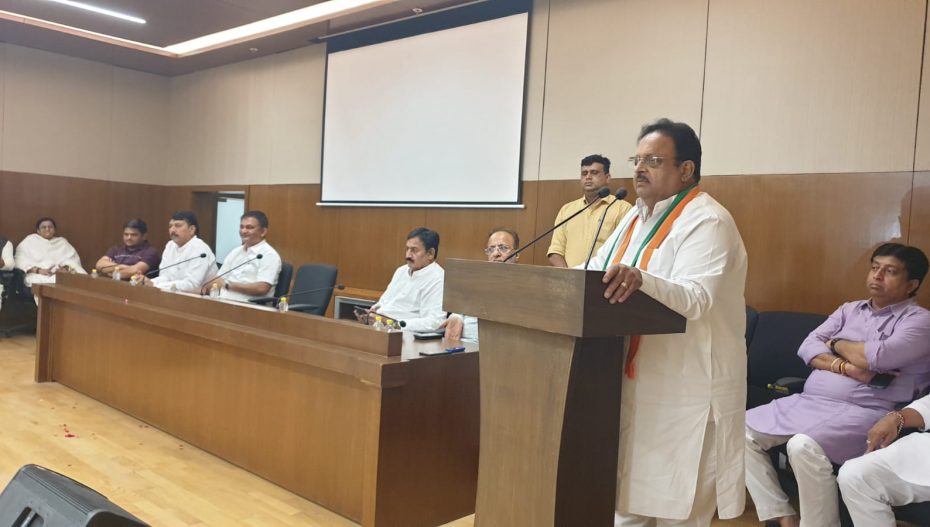 He is down to earth, is accessible, he has risen from the ranks, he is pragmatic, he can identify issues, he has patience to listen. These are only a few first reactions that came from a moribund Congress apparatus in Gujarat to the new State in-charge, Raghu Sharma, appointed by the party high command for the BJP’s prized state.

Ending a long suffocating phase of impasse, the Congress leadership appointed Sharma, a close confidant of Rajasthan Chief Minister Ashok Gehlot and the state’s health minister, as the Gujarat in-charge on Friday.

The very next day, Raghu Sharma landed in Ahmedabad and has been reaching out to State leaders individually and in groups, while he also held a CLP meeting late on Sunday evening.

The demoralised Congress leaders and the rudderless ranks were suddenly electrified, as though in a discovery of sorts that somebody in the party could give a patient hearing to the Gujarat unit as well.

And the first reactions to Sharma’s appointment among a cross section of Congress leaders and senior partymen whom Vibes of India spoke to were spirited and full of renewed hope.

“The smallest party worker is happy if the leadership listens to them. Raghu Sharma is accessible, friendly and has no trappings of a central leadership representative or a minister,” Leader of Opposition Paresh Dhanani told VoI.

Interestingly, he was speaking over the phone in the middle of a meeting of the Congress Legislature Party addressed by Sharma. Though he spoke in a low volume, his enthusiasm was palpable.

Dhanani went on, “This man has risen from the ranks, from NSUI, Youth Congress and reached here; he has understanding of grassroots issues and can identify issues.”

And Gujarat Congress chief spokesperson Manish Doshi said, “He is down to earth, has patience. He is firm as well as soft and treats everyone with respect. He has been received quite well in Gujarat.”

On a three-day visit to the State, Raghu Sharma is reaching out to the rank and file as well as the leaders in groups and in person. Immediately on landing in Ahmedabad, Sharma told reporters at the airport, “A new dawn will replace darkness in Gujarat Congress. We may have lost elections earlier, but we will win now.”

A senior state leader aptly summed up the first impressions of the Gujarat unit in the party, as he said, “When you are down in the dumps, even one word of inspiration can electrify you. That’s what Sharma has done.”

During one-on-one meetings with the Gujarat leaders, Sharma took their honest feedback about the state of affairs and, significantly, asked each one of them about their own contribution towards the party’s upliftment.

Credited with effectively taking on the Covid-19 crisis in his home state of Rajasthan, Sharma ridiculed Gujarat’s ham-fisted handling of the situation and pointed out that this was why the entire cabinet was sent packing.

Under his leadership, Sharma said, “Our party organization will be strengthened and we will work hard to expose the failures of the BJP government and launch state-wide agitations.”

After Sharma’s appointment, the Gujarat Congress feels the suspense over the new State unit president and Leader of Opposition would also end soon and there would be a new team in place.

Sources confided that Raghu Sharma’s quick visit was also to get a sense of the affairs in Gujarat ahead of the crucial Congress Working Committee (CWC) meeting in New Delhi on October 16.