Rain Rubs Salt on Injury For Salt Farmers In Gujarat 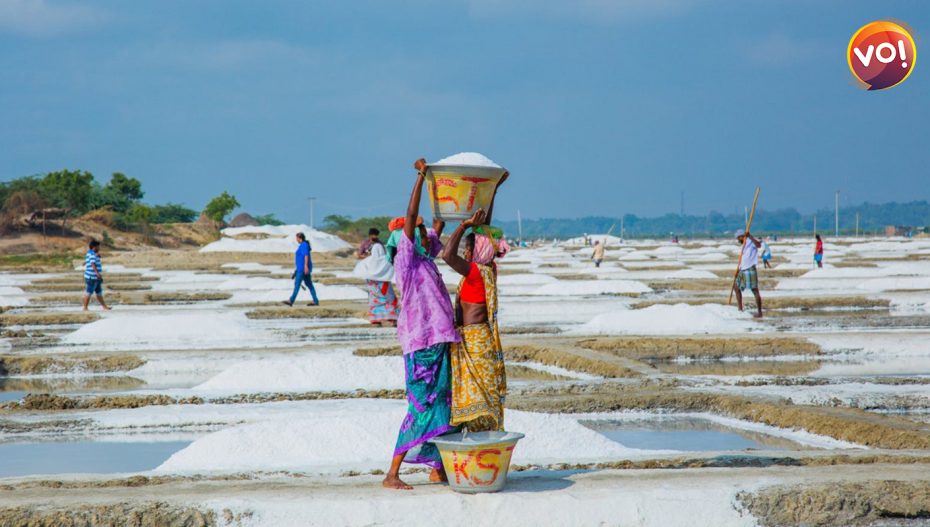 Another fallout of global warming, unseasonal rain, is currently playing havoc with salt farmers in Gujarat. Nearly 8 to 10 lakh metric tonnes of salt are threatened with spoilage should the clouds give way before the usual cycle. This will mean crores of rupees washed away for salt farmers in the Small Rann of Kutch belt.

An estimated 13 lakh metric tonnes salt is sieved from the desert and brought to Kharaghoda by trucks each year. However, this year, only 20 per cent of the total output has been secured while, the 8 to 10 lakh metric tonnes remains as work in progress.

Cloudy weather and short drizzles since the last two days have led to worry for both, the ‘agariyas‘ and salt traders in the Kharaghodha and Zinzuwada deserts of The Small Rann of Kutch. The intense heat is crucial for proper crystallization of salt in the sand.

The met department has forecast some more rain showers and this, salt farmers say, will ruin their entire ecosystem. “Just as we were hopeful of a bounce back to normal after the two year pandemic lull, the rain is prolonging our misery,” stated a trucker from the region.