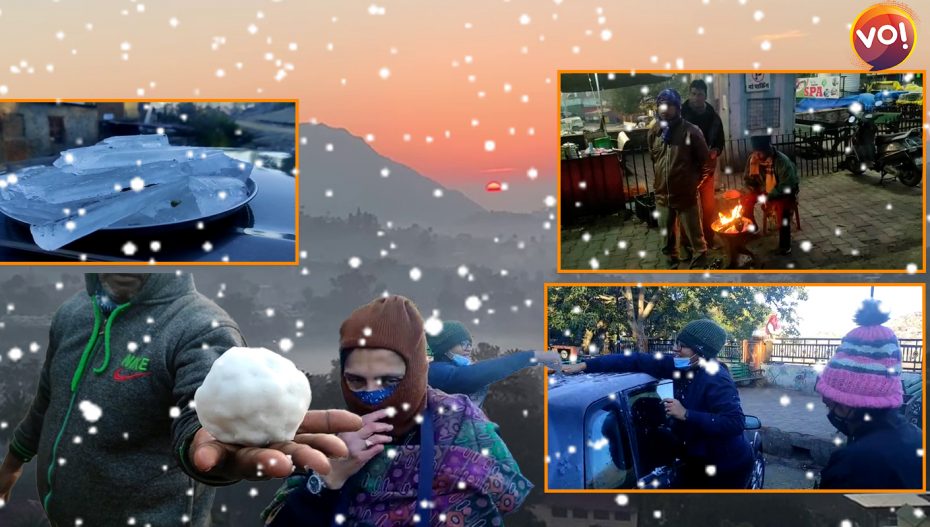 The snowfall in the hilly areas of northern India and the effect of the previous day’s rains are being felt in the state.

The temperature in Mount Abu dropped by 4 degrees compared to Sunday, with mercury minus four degrees this morning.

The state’s only hill station, Mount Abu, has seen a resurgence of winter, with temperatures dropping to 12 degrees in the last two days. While the minimum temperature on Saturday was 8 degrees which dropped by 8 degrees to 0 on Sunday, the temperature continued to drop for the second day in a row.
After a sharp drop in temperature of 4 degrees, snow fell on the roofs of cars parked outside grounds, houses and hotels. People are resorting to bonfires to escape the biting cold.

Even at such low temperatures, travellers continue to enjoy the coolness of Mount Abu.

It is worthy to note that Gujarat is also witnessing a temperature drop. As per the Meteorological department – Bhuj, Kandla, Ahmedabad, Gandhinagar, Deesa, Vadodara, Surat, Naliya, Bhavnagar, Amreli, Porbandar, Rajkot, Veraval, Surendranagar will continue to experience severe cold in the state.

It's A Chilled Morning For Gujarat