Rana Couple Of Maharashtra Politics: Profile Of A Controversy 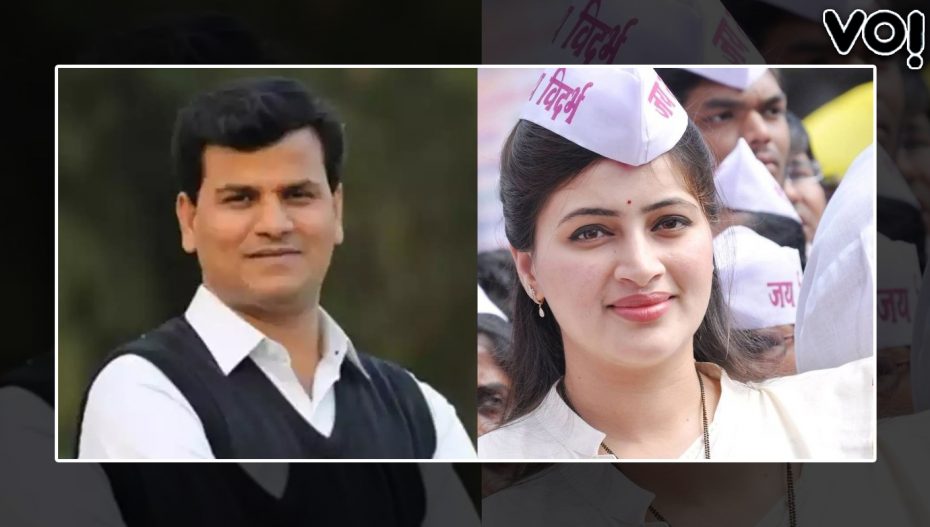 The Politician couple , independent MP Navneet Rana and her independent MLA husband Ravi Rana are in the eye of a storm. Both were arrested from their Khar home after announcing to chant of Hanuman Chalisa outside Matoshree’ in Mumbai, residence of Maharashtra Chief Minister Uddhav Thackeray’s and a quasi sacred place for Shiv sainiks. Their call was after Raj Thackeray’s demand to recite Hanuman Chalisa in public if Muslims continued to use loudspeakers in mosques.

The Mumbai Police slapped the sedition charge IPC Section 124-A on both. A case is already registered against Ranas under Sections 153A (promoting enmity between different groups on grounds of religion, race, place of birth, residence, language, etc, and doing acts prejudicial to maintenance of harmony) and 34 (common intention) of the Indian Penal Code, and sections 37(1) and 135 of the Bombay Police Act.

After a Mumbai court remanded the couple14-day judicial custody, Navnit rana was housed in the Byculla women’s jail in Mumbai. Her MLA husband Ravi Rana was taken to Taloja jail in Navi Mumbai after being taken to Arthur Road jail first. An FIR is also registered against Ranas for allegedly obstructing police from performing their duty and resisting arrest at their residence.

Navnit aged 36 is born into a Punjabi family in Mumbai. She was a successful actesss in south indian film idustry. She has worked with the likes of Captain Vijayakanth, Mammootty and Junior NTR.

Cliaiming to be proficient in seven languages, Navnit entered politics in 2014 by constesting Amravavti Lok sabha seat on an NCP ticket aganst Shiv Sena. This was probaly first seed of enmity with Shiv Sena.

Navnit Rana won the Amravati SC reserve seat in 2019 as an indpendent to the astonishment of one and all. Shiv sena claimed that she has falsified her caste certificate to contest from a reserve seat despite being ineligible. Her application in Supreme Court is pending agaisnt an adverse judgement of high court in June 2021.

The duo married in 2011 at a mass wedding where Baba ramdev was also present. Their union is said to have received a nudge by Ramdev at initial stage. Ravi had become close to the yogaguru aftr having organised successfully a series of yoga sibirs in Amravati for Ramdev. Navnit first met Ravi in one of the yoga shibirs.

Ravi Rana, all of 43 has seen his political graph rising sharply after he won the Badnera seat for the first in 2009 as an independent. He has managed retained the seat in two subesquent elections. Ravi has sbstantial following amongst the youth in the region. His image of a leader willing to help th epoor and the slum-dwellers also help.

His wife Navneet Rana, 36, was born in a Punjabi family and raised in Mumbai. In 2004, she entered the tinsel world with a Kannada film. In a conversation earlier with The Indian Express, she had said: “I have worked with well-known film stars Vijayakanth, Junior NTR, Mammootty. I am proficient in seven languages.”

There has been many incidents in their political journey where they seem to play the contrasting camps deftly thanks to the independent tag and reap plotitical benefit. Sajay raut have described them as “Bunty and Babli” of politics.

Ravi Rana was involved in planning of agitations by Ramdev against Congress corruption in 2014, yet his wife Navneet Rana could manage a ticket NCP, from UPA ally. They supported the BJP-Sena government in Maharashtra at the same time. Ravi Rana was found standing with the BJP during the tussle to capture power after 2019 assembly election in Maharashtra. He became neutral once BJP’s bid was flopped.