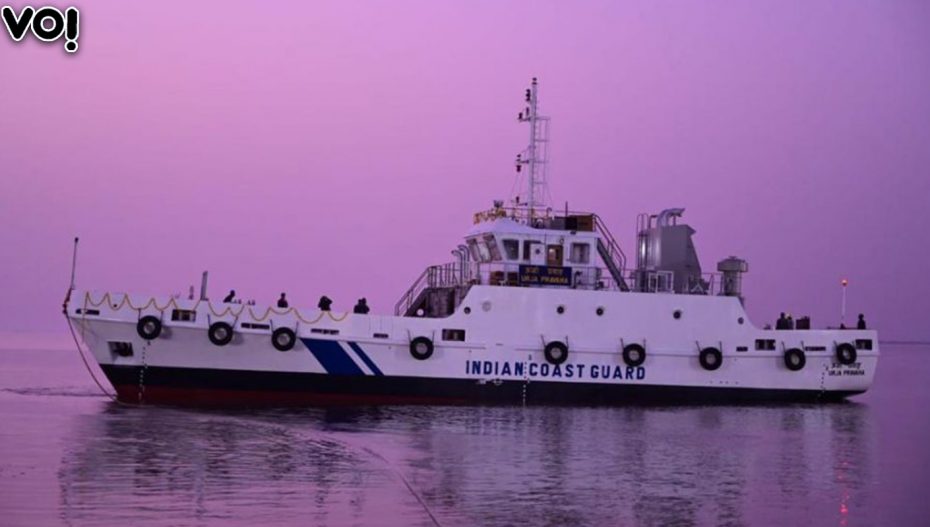 Urja Pravaha, an auxiliary barge of the Indian Coast Guard, was inducted into service recently in Bharuch, Gujarat. Coast Guard District Headquarters-4 (Kerala & Mahe) will be in charge of this ship that arrived in Kochi Friday, as well as the auxiliary barge Urja Shrota, which had been based in Kochi since 2017.

By expanding this facility, the Indian Coast Guard can provide better logistical support to ships deployed in far-flung areas, such as the Exclusive Economic Zone and Lakshadweep/Minicoy islands. Urja Pravaha is 36 metres long and is designed to carry cargo ship fuel, aviation fuel and freshwater. The induction of the new vessel would further optimise the Coast Guard’s operational capability.

On the occasion of Earth Day, Vice Admiral M.A. Hampiholi, the Flag Officer Commanding-in-Chief of Southern Naval Command, planted saplings on the headquarters’ lawn. Plants saplings were also distributed to all residential areas. The Vice-Admiral was accompanied by Rear Admiral Antony George, Chief of Staff and other senior officers of the SNC.

Additionally, during this event, the Commander-in-Chief handed over an e-buggy ‘Saarthi’ to the ECHS Polyclinic, Kochi. This e-buggy is a battery-powered vehicle provided by INS Venduruthy to transport ex-servicemen and their dependents to the polyclinic on the Naval Base from the main gate/