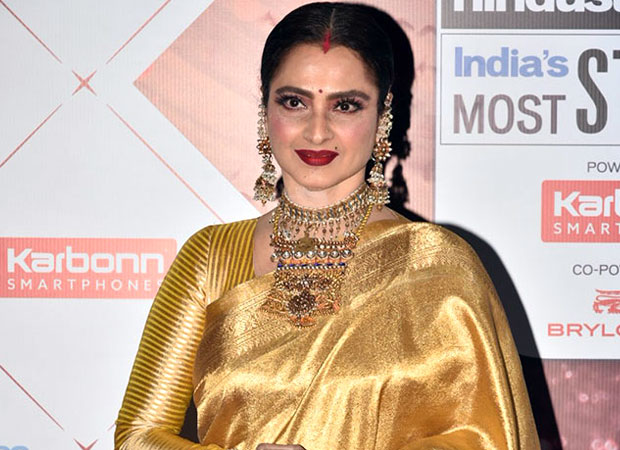 October 11, 1969. Producer-director Mohan Segal launched Sawan Bhadon with his friend’s son and protégé, Navin Nischol, as the hero. Navin had just graduated from the Film and Television Institute of India (FTII) after completing a two-year acting course with the coveted gold medal and a delighted Segal rewarded him with a double role. He played Vikram, an heir to a fortune who is presumed dead by everyone after a blast including the girl he had loved, and a lookalike, Inspector Vinod, who masquerades as him.

Interestingly, the film had three other newcomers, including Narendranath who played the dubious star-maker, Ranjeet in a small role and Rekha as the leading lady.

Legendary Tamil actor, Gemini Ganesan’s teenage daughter had already made a name for herself down South with two big hits in the previous year, Operation Jackpot and the Dr Rajkumar starrer, Goa Dalli CID 999. She was introduced to Bees Saal Baad actor Biswajit Chatterjee while he was in Chennai for a shoot. Favourably inspired by her beautiful eyes that spoke volumes, her intelligence and confidence rare for someone so young, he recommended Bhanurekha, as she was called them, to the Pal brother, Kuljit and Shatrujit, who signed her for two films opposite him, Do Anjaane—which later became Do Shikari—and Mehmaan.

“I had worked with Mohan Segal in Majboor and one afternoon he dropped by my set with scriptwriter Sachin Bhowmick, saying he was looking for a new girl to cast opposite Navin Nischol, and someone had suggested Rekha. ‘How’s the girl?’ he asked me and I strongly recommended Rekha. Mohanji spoke to Kuljit who was his friend and he agreed to adjust her dates. And so, Rekha landed a third Hindi film, even before she had a release to her credit,” recounts Biswajit.

Both his films with her were delayed and Rekha arrived in Bollywood, all dusky charm and sensual curves, as the gaon ki chori Chanda of Sawan Bhadon which even today is remembered for the evergreen Mohd. Rafi chartbuster, “Kaan mein jhumka, chaal mein thumka, kamar pe choti latke, hio gaya dil ka purja purja, lage pachasi jhatke, ho tera rang hai nashila, ang ang nashila”. Back then, it would be greeted with a shower of coins every time it played on screen.

“The pachisi jhatke aroused a lot of curiosity since no one had heard the term before,” Navin told me with a laugh years later, admitting that it was awkward romancing a complete stranger, particularly one who on the sets would be chatting away all day with her two sisters and constant companions, Radha and Dhanalaxmi, in Tamil. “I didn’t understand a word of what they were saying, but I was conscious of the fact that they were talking about me because their eyes would be on me, their exchanges punctuated with giggles. I wondered what they were saying. It was only later I discovered that it was complimentary.”

Navin has since moved on to another world and Rekha is now a diva. Their pachisi jhatke had got lost in the echo of her mujras, “Salaam-e-Ishq meri jaan zara kabool kar lo”, and “Dil cheez kya hai aap meri jaan lijiye”, soulful melodies like “Yeh kahan aa gaye hum”, “Mann kyun behka re behka aadhi raat ko” and “Katra katra milti hai” and playful ditties like “Sun sun sun didi tere liye ek rishta aaya hai” all of which showcased Rekha’s versatility as a performer. But today, as she turns 67, I can see a girl who had just turned 15, with flashing eyes and swinging hips, prancing around with Navin in the fields to the tunes of “Kaan mein jhumka, chaal mein thumka…” Some memories and melodies don’t fade away…