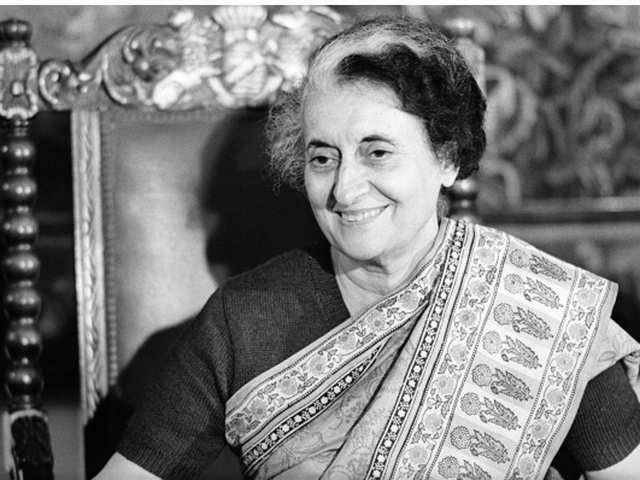 On the morning of October 31, 1984, Indira Gandhi had kissed her grandchildren Priyanka and Rahul goodbye before they left for school. Priyanka, who was 12 then, would later recall that her grandmother held her longer than usual. Indira had then moved to Rahul, then barely 14 but considered mature enough to have been taken into confidence by his grandmother on subjects she often avoided discussing with his parents Rajiv and Sonia Gandhi. Indira had even asked Rahul to “take charge” and not to cry in the event of her death. This was not the first time Indira had spoken about death to Rahul. A few days earlier, she had told him about funeral arrangements and that she had lived her life. It is important to note that Indira, considered an astute judge of personality, used to value Rahul’s grit and determination even as a child.

Death was very much on Indira’s mind. Earlier that month she had written that if she died a violent death, the violence would be in the thought of the assassin, not in her death, “for no hate is dark enough to overshadow the extent of my love for the people and my country, no force is strong enough to divert me from that purpose and my endeavor to take this country forward”.

That fateful morning, Indira was to begin her official engagements with an interview with Peter Ustinov. The cameras were in place when Indira, in a bright saffron sari, crossed the wicket gate between Safdarjung Road, her home, and her Akbar Road office. It was 9:12am. As she crossed the gate, she acknowledged the greetings of a turbaned security guard. When she smiled back, she saw him pointing a gun at her. Constable Narain Singh, who was holding an umbrella over Indira, screamed for help. But before other guards of the Indo-Tibetan Border Police could reach the spot, the assassins — Beant Singh and Satwant Singh — had pumped 36 bullets into her.

Indira had been advised to wear a bulletproof vest and remove her Sikh security guards after Operation Blue Star but she had refused to do either. She felt it unnecessary to wear a heavy bulletproof jacket at home and hated the idea of “discriminating” among her security guards. In fact, a few weeks ago, Indira had proudly pointed at Beant Singh and said: “When I have Sikhs like him around me, then I do not have to fear anything.”

After her assassination, many had wondered why the matter of keeping Sikh security guards had been referred to Indira. After all, A VVIP is never involved in the arrangements concerning his or her security.

Indira had an obsessive fear of her family being harmed, according to P.C. Alexander, who served as secretary to her. “From June 1984 she lived with a dreadful thought. She kept repeating that there was a plot to kidnap children. Nothing I said could allay her fears,” Alexander recalls.

When Arun Nehru, a member of the Nehru-Gandhi family, arrived at the All India Institute of Medical Sciences, he saw a hysterical Sonia fearing for the lives of Rahul and Priyanka. Sonia kept telling him that Indira had always feared a repeat of the assassination of Mujib-ur-Rahman, the towering Bangladeshi leader whose family, up to three generations, was wiped out except for daughter Hasina. When Arun Nehru reached the Safdarjung Road residence of Indira, Rajiv and Sonia, he was stunned to see there was not a single security guard to protect Rahul and Priyanka who had been brought back from school. Arun Nehru then took them to the Gulmohar Park residence of Teji Bachchan, actor Amitabh Bachchan’s mother.

As Indira’s body lay in state at Teen Murti House, the crowd waiting outside for a last glimpse of her mortal remains chanted, “khoon ka badla khoon” (blood for blood). Delhi, which had witnessed a massacre during Nadir Shah’s invasion over 200 years ago, saw blood everywhere. Within three days, over 2,500 people were killed, many of them burnt alive.

In the Indira assassination case, her close aide R.K. Dhawan’s name had come under a cloud. A commission of inquiry headed by retired judge M.P. Thakkar had recommended that the “Central government should seriously consider the question of appropriate agencies to investigate the matter as regards the involvement of R.K. Dhawan, the then special assistant to the former prime minister” in the crime. Rajiv Gandhi and the Congress, however, decided to relegate the Thakkar report to the archives and Dhawan was given a clean chit.

Dhawan had joined Indira’s staff in 1962. Many people had come and gone, including the likes of P.N. Haksar, P.N. Dhar and R.N. Kao, but Dhawan stayed with her till the end. On his part, Dhawan, who died in August 2018, had vehemently denied the allegation of involvement, insisting that his shirt had been dyed with Indira’s blood.

A few years after Indira’s assassination, Dhawan had narrated the entire sequence of events of October 31, 1984. Since Indira had returned from a trip to Bhubaneswar the previous night, Dhawan had suggested that the morning’s durbar should be cancelled and she should take rest. But Indira had insisted on the appointment with Ustinov, as he had already recorded a part of the film during her tour of Orissa (now Odisha). When Dhawan reached Safdarjung Road at 8am on October 31, Indira had demanded a good hairdresser and Nathu Ram, her attendant, had got one.

When Dhawan approached her, Indira was getting her hair styled. Apparently she was very particular about personal aesthetics. So much so that Dhawan would often indicate to her, if a hair was out of place, by placing his hand on his hair.

Indira had planned a dinner for Princess Anne that evening at her residence and had instructed Dhawan on a few specifics about the guest list. “I still have the page on which I took her last orders,” Dhawan had recalled.

By 9am she was ready for the cameras and had started walking towards the wicket gate connecting Safdarjung Road with  with Akbar Road, New Delhi.  As usual, Dhawan was a few steps behind her. She was such a brisk walker that it was sometimes tough to keep pace with her. A waiter passed her with cups and saucers on a tray. She stopped, asked the waiter to show her the cups and asked him where he was taking them. The waiter said Ustinov had asked for a full tea set to be placed before her during the interview. She immediately dismissed the tea set and instructed him to go back and get the special ones.

As soon as she reached the wicket gate, Dhawan said, Indira had folded her hands in a “namaste” for the guards. Dhawan said he saw Beant raise his pistol and shoot. Indira spun and fell on the ground. Even as she fell, Satwant started firing his Sten gun at her fallen body. She was not even standing when Satwant opened fire. Such was the brutality.

Sonia had just finished washing her hair when she heard the gunshots, which sounded like Diwali crackers going off somewhere close but with a difference. Then she realised and ran to where Indira lay, screaming, crying “mummy, mummy”. There was no ambulance to take Indira to hospital, so Sonia put her in an Ambassador. Still wearing a gown, Sonia cradled Indira’s head on her lap as the car raced the 3km distance to the AIIMS, where doctors laboured for hours to revive her with uninterrupted blood transfusion. Indira was later officially declared dead by doctors at the hospital, but it is quite possible she had passed away in Sonia’s lap.

Mondays With Manjul, May 16