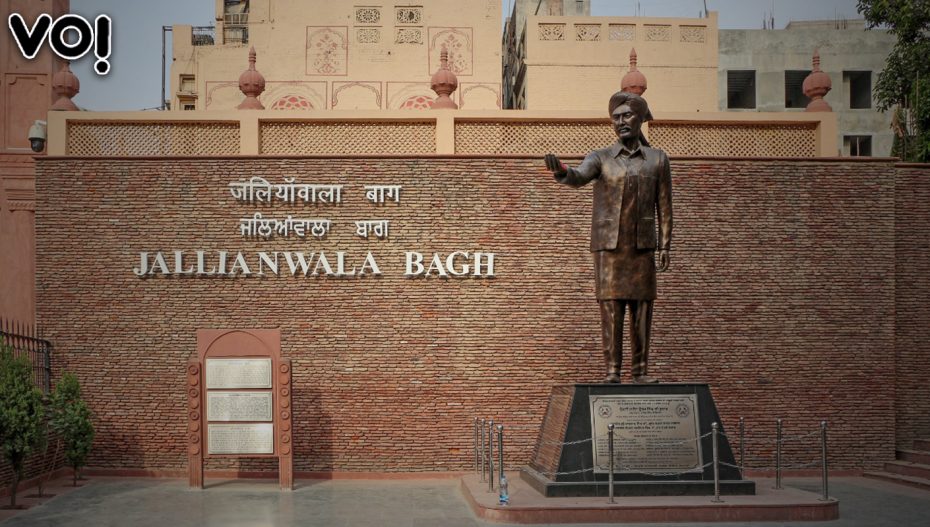 April 13 marks the anniversary of the brutal Jallianwala Bagh Massacre, also known as the Amritsar Massacre. On this day in 1919, the arrest of pro-Indian independence leaders Dr. Saifuddin Kitchlew and Dr. Satya Pal drew a peaceful crowd to the Jallianwala Bagh in Amritsar, Punjab. Anglo-Indian Brigadier R. E. H. Dyer surrounded the demonstrators with his Gurkha British Indian regiment, the Sindh Sikh regiment, and 52nd Sikh regiment in response to the public gathering. Because the Jallianwala Bagh was surrounded on three sides by buildings, it could only be exited from one side. He ordered his men to shoot at the unarmed, hapless crowd after blocking the exit with his forces, and continued to fire even as protestors attempted to flee. The troops continued to shoot until their ammunition ran out.

There are various estimates of how many people were killed, and numbers range from 379 to over 1,500. Over 1,200 people were injured; among them 192 grievously.

Both the British and Indian people were divided by their reaction to the incident. Dyer “did his duty as he sees it”, Anglo-Indian poet Rudyard Kipling had famously stated at the time. Nobel Laureate poet Rabindranath Tagore was so appalled by the incident that he refused to accept his knighthood.

The slaughter prompted the British Army to reassess its military role against civilians, deciding to employ “minimum force whenever practicable”. However, later British actions in Kenya during the Mau Mau insurgencies led historian Huw Bennett to suggest that the new policy be abandoned. The army was retrained and less brutal crowd control measures were created. The level of casual cruelty and lack of accountability surprised the whole nation, leading to a profound loss of faith in the United Kingdom’s intentions towards Indian people.

An unsuccessful inquiry into the massacre, combined with the initial praise for Dyer, stoked widespread anti-British sentiment in India, resulting in the Non-Cooperation Movement of 1920-22. Some historians regard the incident as a watershed moment, signalling the end of British rule in India. Although the UK has never officially apologised for the massacre, it did express “deep remorse” in 2019.