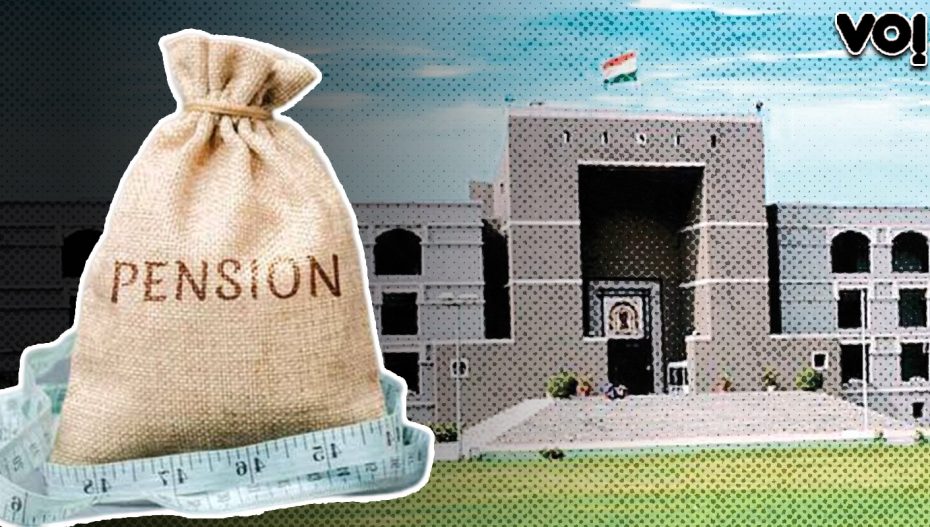 In an exemplary hearing, Gujarat High Court has issued an order in favor of the petitioners who are retired teachers in their 80s, saying that they had the right to receive pension according to the revised pension scale. The bench headed by Chief Justice Aravind Kumar and Justice Ashutosh J Shastri ordered the respondents, the District Primary Education Officer, and the Gujarat Government to pay the “revised pension and difference arrears” to the teachers, who have been fighting for four years.

In the open court, the teachers received three cheques amounting to Rs1,01,320 each, excluding the interest and revised pension scale.

The Court said that it is their right to receive the revised amount. If they are not receiving it, then disciplinary action will be taken against the district primary education officer.

Furthermore, the advocate of the petitioner requested that the interest amount should be paid within two weeks. To this, CJ Aravind Kumar replied to the respondent, “The teachers are 80 plus years old, they waited for years, now you want two more weeks… If any amount is to be received by you, will you give up the interest?”

The government pleader said that the concerned papers regarding the release of the revised pension amount were to reach the “directorate of pension and provident fund today, I will see to it and direct the directorate to release the payment today itself.”

The court observed that since there was a delay in implementing the order that was passed on June 14, 2018, the government pleader must take action against the district education officer.  “You can suspend the officer or do whatever,” the court said.

The petitioners were working as primary teachers in the schools run by Gujarat Government before the coming into force of the Gujarat Panchayat Acts, 1961.

The pay scales were prescribed by the Government given statutory powers conferred on it.

The petitioner respectfully submits that a person who is the senior-most in the primary school at the given point of time would be said to be Head Master and will get a nominal allowance only beside the pay scale of a primary teacher.

As such, the petitioners sought the payment of pension as per the revised pension scale and remaining arrears. This was a contempt petition for not following the actual 2018 order.