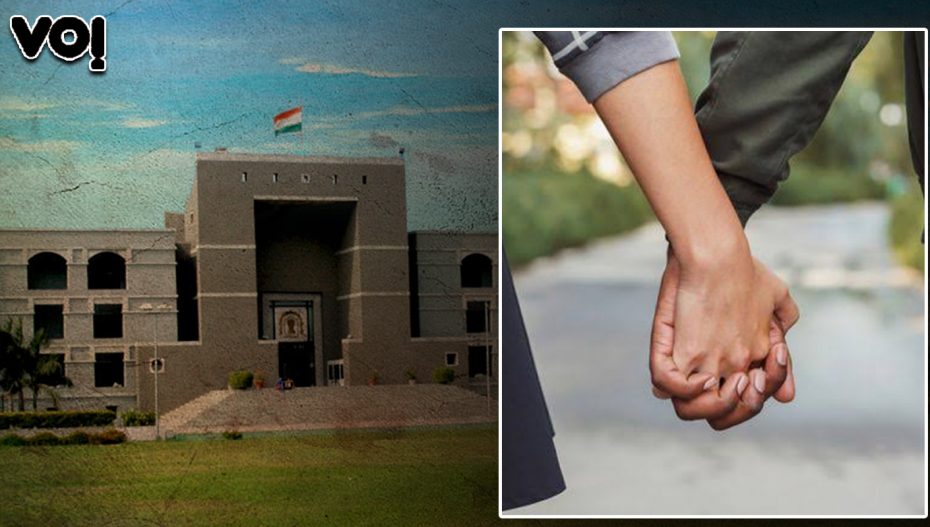 In a rarely seen coincidence, a couple who were fighting over breach of consent terms regarding the custody of their 6-year-old twin children suddenly decided to rejoin and live together. The couple’s marriage is not yet dissolved and the husband (respondent) and wife (petitioner) were separated for three years under section 13B of the Hindu Marriage Act.

The Gujarat High Court considered the breach of custody as contempt of court order and was deciding the matter. While hearing arguments from both sides, the bench asked, “Why are you fighting?”

“Parents shouldn’t fight in front of their children, it will have a negative impact,” the division bench of Chief Justice Aravind Kumar and Justice Ashutosh J Shastri observed.

The advocate of the respondent argued that from June 22, 2018, till July 13, 2021 everything was going smoothly as per the consent terms. Suddenly, the petitioner had restricted the access to paternal grandparents and father, leading to very limited access and the husband was left to “beg for the custody of children”.

“Every Sunday, for the whole day the respondent has access to the children,” the advocate representing the wife argued and said that one should not disturb the custody of the children that the mother holds.

The bench said that if the respondent needs the custody of the children, “first take care of their maintenance”. Further asked to submit a bonafide as the proof of the maintenance amount that was given.

Towards the end of the hearing, the wife said that it was a love marriage and expressed willingness to rejoin her husband. She said she was ready to get together again with her husband, which was a surprise to the respondent in the court. The husband too welcomed the decision of the wife.

Over this new and rather happy development, the court dismissed the petition and ordered that the couple was no longer separated. “Now the motion of 13B is also collapsed,” the counsel added.

Hence, the court dismissed the petition and made it clear that “every child has to have a childhood, both parents are responsible for taking care of their childhood.”

CJ Aravind Kumar welcoming this happy decision from the parents, asserted, “Children shouldn’t lose the love, care and affection of both their parents. Courts cannot order mother and father to shower love on their children.”

The court concluded by saying that all the proceedings were now closed and announced that the husband and wife were now “both joined and living together.”