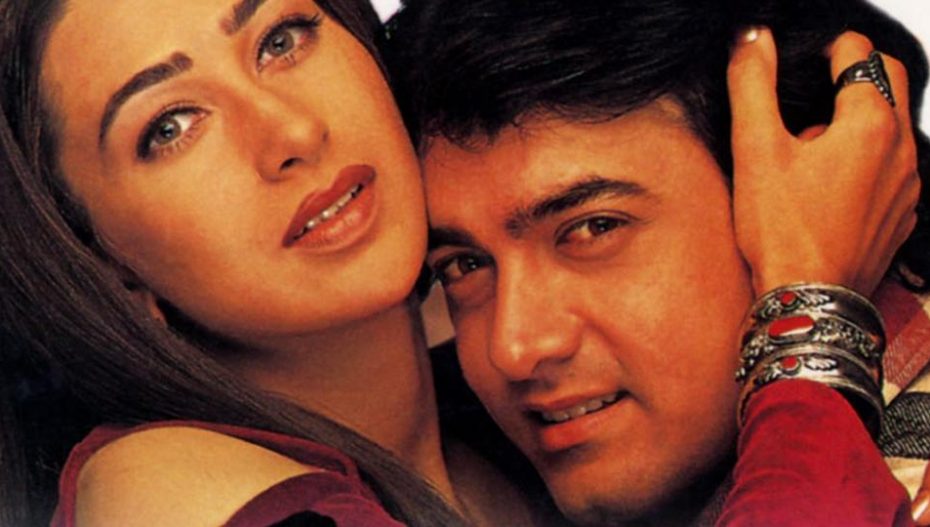 Twenty-five years ago, on this day, Dharmesh Darshan unveiled Raja Hindustani during the Diwali week. And made the lights shine brighter.

“Those days we had staggered releases and the film opened first on Monday, November 10, in Indore where my father Darshan Sabarwal had his super successful distribution and exhibition offices. And over the next five days, it was unveiled across the country and the world. It was a hit from day one and remains one of Hindi cinema’s biggest earners, bagging its lead actors, Aamir Khan and Karisma Kapoor, their first best actor and best actress awards,” informs the proud writer-director.

The film is still remembered for Karisma’s stunning metamorphosis. She had always been glamorous, but in this film she looked gorgeous, moving from mini skirts to saris. “I really worked on her look, cutting out reference photographs from foreign magazines, went shopping for clothes and even material which would drape well, look good and be comfortable to wear,” shares Dharmesh.

And while her saris and straight hair set new fashion trends, it was Karisma’s eye that remained in the mind’s eye with Dharmesh covering her natural blues with hazel lenses.

“I thought her coloured eyes isolated her from a traditional Indian audience. Even her mother, Babitaji, agreed that her neeli neeli aankhen made her look Russian. So, I decided to change their colour. Some suggested black, I felt that would seem too stark, too artificial. I choose to go with a softer brownish-green which made her look sophisticated and gave her a sense of alluring mystery for Aamir’s small-town cab driver, Raja Hindustan,” he reasons.

While on the subject of cabs, Raja’s taxi is unforgettable. “I got a dated, defunct ambassador, painted it blue, gave it a 420 number plate, and voila, we had a memorable ride!” says the real Raja Hindustani with the flourish of a magician.

“Pratibha had been in school—Bombay Scottish—with me and was very fond of me. She was Mala Sinhaji’s baby girl, a heroine by then, but when I offered her the song, she agreed immediately. I was delighted because she is a beautiful girl, a mature artiste and a good dancer. And while the song also featured Aamir, Karisma, Johnny Lever, Navneet Nishan, Veeru Krishnan, Kunal Khemu, Suresh Oberoi and of course, the evergreen Kalpana Iyer, it  has come to be remembered as Pratibha’s song,” Dharmesh says with a smile of satisfaction, adding that like the songs of auteurs like Guru Dutt, Bimal Roy and Raj Kapoor, this one too took the story forward instead of being just a cigarette break.

Prod the director on his favourite song and while protesting that like a parent all his children are special for him, Dharmesh picks out “Aaye ho meri zindagi mein”. “In the era of AR Rahman’s techno wizardry, I dared to go with a gentle, traditional love song in a film that was not the usual prem kahani,” he reasons.

And what was the best compliment he got? Pat comes the answer, “It came from my mother, Sheela, who was the daughter of the renowned producer-director Nanabhai Bhatt, the sister of filmmakers, Mahesh and Mukesh Bhatt, and knew her cinema. She had seen the blood,  passion and perspiration that I had put into the film for three long years, the challenges I had faced, and after watching it she told me that it would not only make box-office history, but would go into the annals of Hindi film history. She was right. Twenty-five later, Raja Hindustani still reigns,” Dharmesh concludes triumphantly.