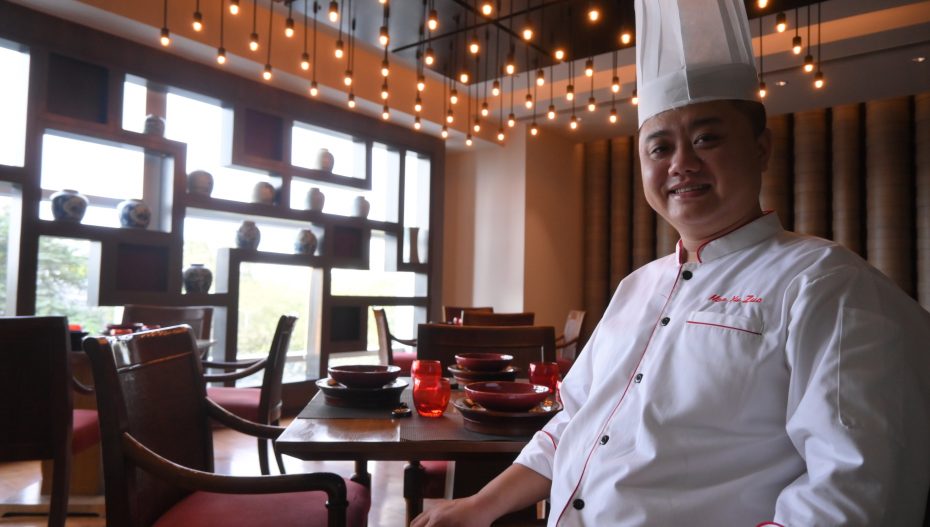 The Beijing-based chef is ready to conjure the exotic Far East in his maiden visit to Ahmedabad. “My native place is in Sichuan. Food in China, much like in India has regional characteristics. For instance, the Guandong province is known for a bland palate, the northern reaches of Xinjiang are hailed for their baos while Sichuan is known for its fiery peppers,” he explains. He started early at 16 as an apprentice to master chefs in China. Thereon, he graduated in 2001 with a Chinese Cooking Technician Certificate.

Han marvels at the long hours put into Indian cooking. “I see my colleagues here and each meal is so elaborate. The flavours are aggressive and very strong. Chinese food is all about tossing in and out of the wok quickly. Only the curries need time to marinate,” he adds.

Chef Han recommends the exotic fare for those willing to sample a taste of authentic China:

Benefits: White fungus has been hailed for its anti-inflammatory and anti-tumour properties. In Chinese families, it is commonly used in soups and for the convalescing. High in collagen, it is beneficial for the skin and joints.

Native to Asia, the Goji berry has been used for more than 2000 years as a medicinal herb and food supplement.

Benefits: Studies attribute goji berries with high antioxidants that reduce the risk of glaucoma, protect against age–related eye diseases. Much like red raisins in appearance, the berries are known to fight harmful radicals and inflammation in the body.

Black beans are classified as legumes. Due to their hard, shell-like appearance, they are also known as turtle beans.

Benefits: Black beans are prized for their high protein and fibre content. Among other benefits, black beans are known to strengthen bones while the high quercetin and saponins content can protect the heart.

Black fungus is also known as cloud ear, Judas ear or tree ear. It is dark brown to black in colour and native to Asia and the Pacific islands.

Benefits: This one is proven to lower cholesterol, control haemorrhoids and detox the stomach and liver.

Bamboo shoots are a part of the grass family and tagged as King of Forest Vegetables.

Benefits: High in phytonutrients, bamboo shoots are a great way to get phenolic acids in your body. They contain antioxidants as well as anti-inflammatory qualities that reduce the risk of numerous long-term illnesses like heart disease, cancer. It is effective in losing weight, treating stomach disorders and ulcers.

Benefits: In Chinese medicine, shitake are thought to boost health and longevity, as well as improve circulation. Studies suggest that some of the bioactive compounds in shitake may protect against cancer and inflammation.

Ratatouille – From France To The World Via Hollywo...

Measure Pizza In Centimeters Or Face Penalties: We...