The Story of A Brave Indian and A Desk For PMO 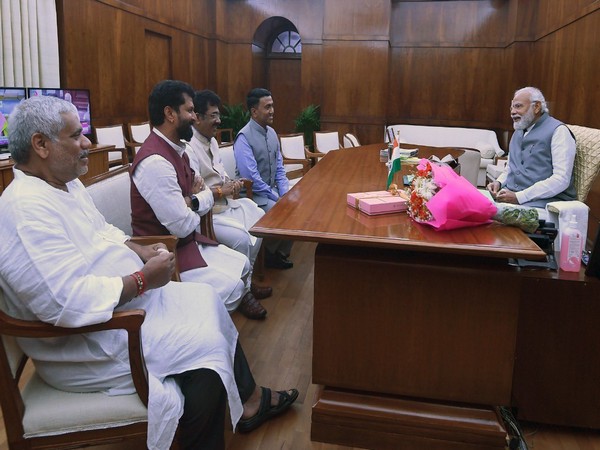 At a time when feedback to the government cannot be constructive criticism, this story stands out. Both for the courage of its central character and for the alleged “dare” on part of “someone” to possibly frame him.

According to the screenshots shared by furniture designer Kunal Merchant on his Instagram Stories, he was approached by a Vivek Kumar, who identified himself as the private secretary to Prime Minister. In his email, Kumar stated that Mr Merchant was identified by PM Modi to design and build a permanent installation/executive table for the exclusive use of the Prime Minister. The desk would be placed in the PMO and used by subsequent Prime Ministers to come, the email said. A number was shared in the email and Mr Merchant was asked to get in touch at the earliest to discuss plans and design work.

Kunal shot back a response to this email, passing up the offer of building the same. He then took to his Instagram account to share the screenshots of his email response. Merchant cited the fascism, alleged atrocities against Muslims, and fundamental Opposition to the policies and ideology of PM Modi and the Centre as the reason for his refusal.

A complaint regarding forgery, impersonation and identity fraud of an office bearer at the Prime Minister’s Office was registered with Delhi Police on Friday after Merchant alleged foul play.

Merchant, a self-declared Gandhian, said his decision to not build a desk for the PMO was rooted in his fundamental opposition to the politics and policies of the current Prime Minister and the ruling party, and in such a scenario, he argued, it would be “morally and ethically” unfeasible on his part to be in a business relationship with the government.

“While 20% of my fellow citizens live below the poverty line and while 22% of my fellow citizens who are Muslims live in marginalised conditions created by your government and its policies, I find it morally and unethically feasible to design and create a desk for the head of our government on which laws and policies will be signed to further this agenda of segregation and deprivation of minorities,” said Kunal’s email to Modi’s private secretary.

“I do not want to have anything to do with, nor contribute to this regime lest history associates me with your racism, fascism, reductive and binary thinking as well as your thuggery. As a designer, I seek to inspire and uplift the quality of life of the people around me.”

Many of his followers who supported his move congratulated him for rejecting the alleged PMO offer to build a desk for the PM and shared the story on their respective accounts, some of which were shared by Merchant on Instagram stories.

The Commissioner of Police, Delhi Police, took to Twitter to inform about the complaint filed with the police. The CP also shared screenshots of email correspondence between Mr Merchant and an impersonator pretending to be working at the PMO, adding that an investigation into the story is underway.