PMO Involved in the Conspiracy Against me, Mevani said after Getting Bail 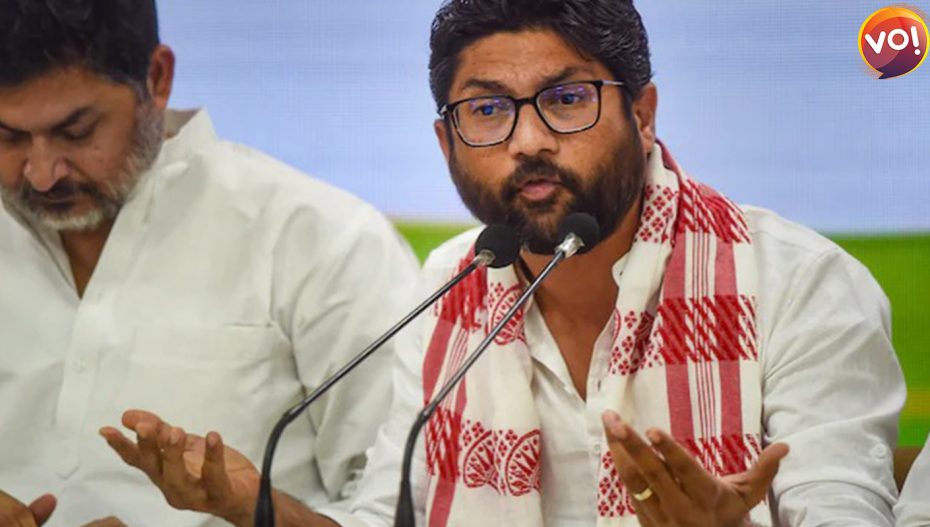 After being granted bail on Friday, Jignesh Mevani today slammed the Assam government for his arrest. While addressing a press conference this morning, the Dalit leader said Assam government used every trick to frame me in made-up cases and that Prime Minister’s office was involved in the plot.

Mevani was as arrested last month by an Assam police over his tweets, where he questioned Prime Minister Narendra Modi regarding maintaining peace in the country. His tweets followed communal violence and riots that happened in different states of the country over religious issues. Even after making bail on April 25, he was immediately re-arrested for assault charges against a police woman.

While hearing his plea for bail, a local court reprimanded the local police, and said that the woman has given a different story. The court also said evidence against Mevani seemed to be ‘manufactured’ and granted him bail on Friday. Mevani was released from jail on Saturday and is expected to be in Ahmedabad by tomorrow.

Mevani took a jibe at Prime Minister Narendra Modi, saying that the Bharatiya Janata Party-led government used a woman to embroil him with false allegations. He said using such methods to frame him showed the cowardice of the government. “I call this 56-inches of cowardice, using a woman to frame me in a false case… the Prime Minister’s Office was involved in this conspiracy,” he said.  The Independent MLA in Gujarat was referring to when the Assam police arrested him a second time, charging him for assault against a woman constable.

Furthermore, Mevani said that he would ensure Gujarat Bandh, state curfew, on June 1, in order to seek fulfillment of several demands. The Dalit leader, on behalf of the community and other oppressed classes of the society, has demanded that the state government take action against those involved in the leak of 22 exam papers and also the perpetrators of recent recovery of Rs1.75 lakh crore worth of drugs from the Mundra Port. He is pushing for the withdrawal of all cases against Dalits in Una and other minorities in the state.