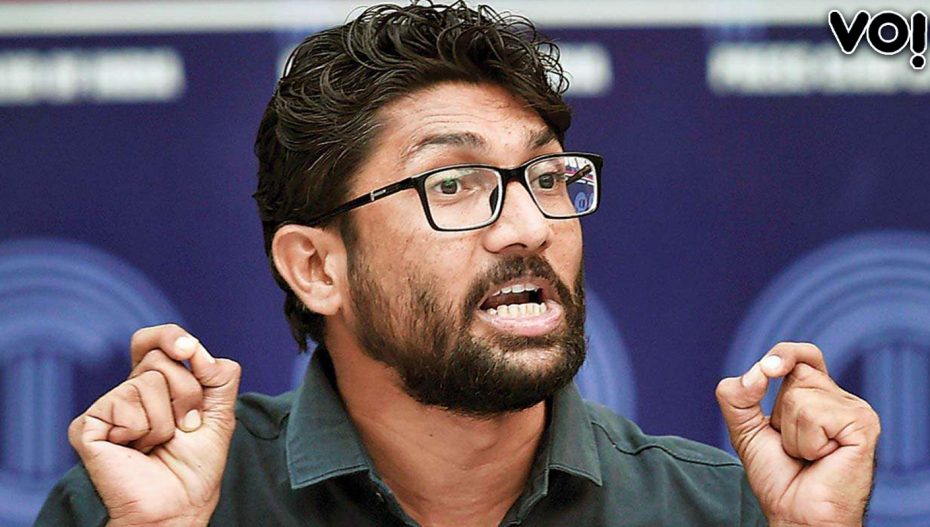 The Chief Judicial Magistrate of Kokrajhar Court in Assam has remanded Jignesh Mewani in police custody for three days, adding that the police will not be allowed to take his out of Kokrajhar.

Jignesh Mewani, an independent candidate for Gujarat’s Vadgam assembly constituency, was arrested at Palanpur Circuit House in Gujarat’s Banaskantha district. He was taken to Assam the next morning. He was arrested under the allegations that the tweets he had posted were meant to promote enmity between communities and provoke breach of peace. Two tweets of the accused have been blocked by Twitter India.

The tweet said, “Prime Minister Narendra Modi is on a three-day visit to Gujarat till April 20. I urge them to appeal for peace for Himmatnagar, Khambhat and Veraval. There have been communal clashes in all the three places. At least that is what can be expected from the creators of the Mahatma temple. “

In another tweet he said, “The Union of Nagpur did not accept the tricolor up to the national flag for decades. The same RSS men were dancing with saffron flags outside the Veraval mosque. They should be ashamed. They should maintain peace and unity in the country of Ram Prasad Bismil and Ashfaq Ullah Khan. “

Arup Kumar Dey of Bhawanipur village in Kokrajhar had filed a case for such a tweet. According to Deni’s complaint, Mewani has challenged Prime Minister Modi’s adoration and called Godse a god. He also said that the Prime Minister should appeal to the Prime Minister to maintain peace in places like Himmatnagar and Khambhat. Dano claimed that such a tweet from a legislator could incite one mob to violence against another.

Mewani has been charged under sections 120B (criminal conspiracy) 153-A (inciting hostility between the two groups), 295-A (insulting religious beliefs), 504 (inciting with intent to insult) and 505 (inciting public distress) of the Indian Penal Code.