Tales behind the sacrificial white cloak 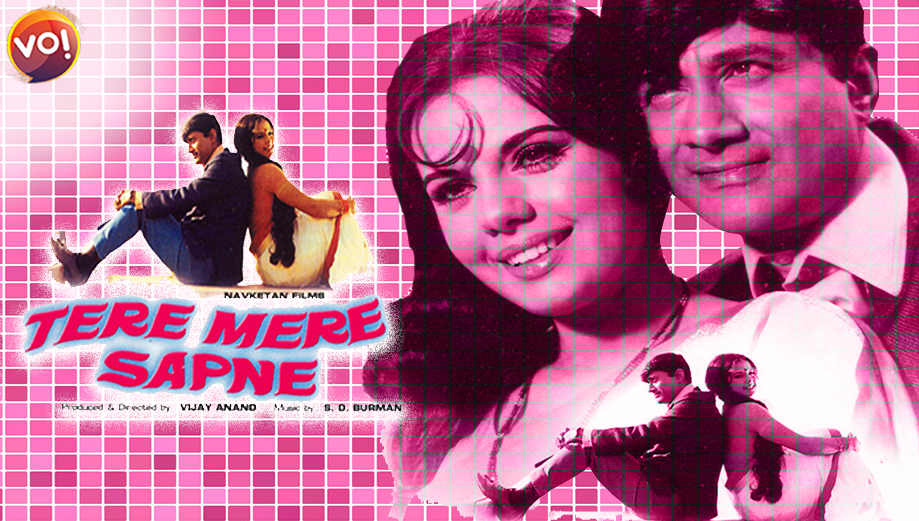 The tribute with which the 1971-film Tere Mere Sapne opens, acquires a renewed relevance in these Covid-19-ridden times, when dedicated warriors of the medical fraternity are at the forefront, battling the worst pandemic in recent years. Produced under the Navketan banner and directed by the immensely talented Vijay Anand, the film declares, “This film is dedicated to the noblest profession in the world—Medicine.” However, the film is not an unqualified appreciation of the medical fraternity, but an honest appraisal of a profession whose practitioners include all sorts.

Based on the 1937 novel The Citadel, written by doctor-turned writer, AJ Cronin, who had treated patients in a mining district of Wales, Tere Mere Sapne is the story of a model doctor, Anand, who, to begin with, chooses to work amongst the poor coal-miners rather than rake in the moolah in Bombay. “Gaon mein meri zaroorat hain,” he reasons with a materialistic, fellow doctor who advises him against what he thinks is a very foolish step. Cronin had exposed the inequities of his profession, as he had witnessed them from close quarters. Vijay Anand did likewise, portraying the unscrupulous aspects of the medical profession in India, in the 1970s, even as he upheld its nobler ones.

In the village where Dr Anand chooses to practise, a senior doctor, Prasad, on the pay-roll of a coal company, is paralysed and bed-ridden. His crafty wife hires two doctors at exploitative rates to do the old man’s job so that his income is not discontinued. Dr Anand, played by Dev Anand is one of them. Dr Jagan, played by the director, himself, is the other—a skilled gynaecologist who has an MRCOG degree from London but is addicted to alcohol. Juxtaposing these three characters, the director wrote incisive dialogues to present various voices of the profession.

When Dr Anand expresses his disapproval of Dr Jagan getting drunk every night, the cynical, inebriated Jagan retorts, “You have seen only dreams, till now. You have not seen them shatter.”

The answer does not satisfy the young, starry-eyed Anand, and he insists on knowing why a highly qualified doctor like him is so bitter about life. Dr Jagan’s outpouring, thereafter, is a scathing indictment of the conditions in which an honest doctor struggled in his profession in those times. Unfortunately, not much has improved since then.

“An Indian doctor is highly valued in other countries,” states Dr Jagan. “But when he returns to his soil, with dreams of serving his own people, he needs sipharish (recommendation) to get a job. To practise, a surgeon like me needs a hospital, an operating theatre, surgical instruments, and above all, the support of his colleagues. When you don’t have access to these, you sit at home, jobless. Soon your loved ones abandon you; and you are forced to land up in a place like this,” said Dr Jagan.

Wiser after this discussion, but not disgruntled, Dr Anand continues to treat the coal-miners and their families with utmost dedication. Helping him along is his wife, a local school teacher, Nisha, who is equally devoted to her job. Together they weave dreams of a Utopian future, beautifully put to music by SD Burman. Written by Neeraj, the song Hey maine kasam lee, Hey tune kasam lee sung by the couple as they cycle, idyllically, through the village, spells out their shared dreams.

But their idyllic life is cruelly disrupted when a pregnant Nisha is knocked down by a rich seth and no villager is willing to give evidence against him. Losing his unborn baby and unable to get justice in court becomes a turning point in Dr Anand’s life.

Disillusioned, he returns to Bombay with only one ambition: to become so rich that justice is never denied to him again. Thereafter, the film reveals the ugly underbelly of the medical fraternity of the metropolis, where doctors sitting in fancy clinics, recommend their ill-qualified colleagues to gullible patients, at exorbitant prices. Unwittingly, Dr Anand becomes a part of this profitable network. Nisha can see her husband is going down the wrong path but he refuses to heed her warnings, and sadly, they grow apart. Both Dev Anand and Mumtaz (who plays Nisha), give nuanced performances, making this film not just a commentary on the medical profession but a sensitive, marital story as well.

Then, another turning point comes in Dr Anand’s life. Wanting to do the best he can for a villager’s critically-ill son, he hands over the child to a surgeon with whom he shares a mutually-beneficial relationship. Too late, he learns that this surgeon is a very mediocre doctor, incapable of performing the life-saving surgery the boy needs.

Recognising, now, the sham of the glittering medical world in Bombay, Dr Anand goes back to the coal-mining village where a reformed Dr Jagan has set up a full-fledged hospital with the money Dr Prasad willed for this purpose.

While such inspirational endings happen in films, reality in our country continues to be a harsh story. Avoidably so.

disclaimer: The opinions expressed in this article are that of the author. They do not purport to reflect the opinions or views of Vibes of India.