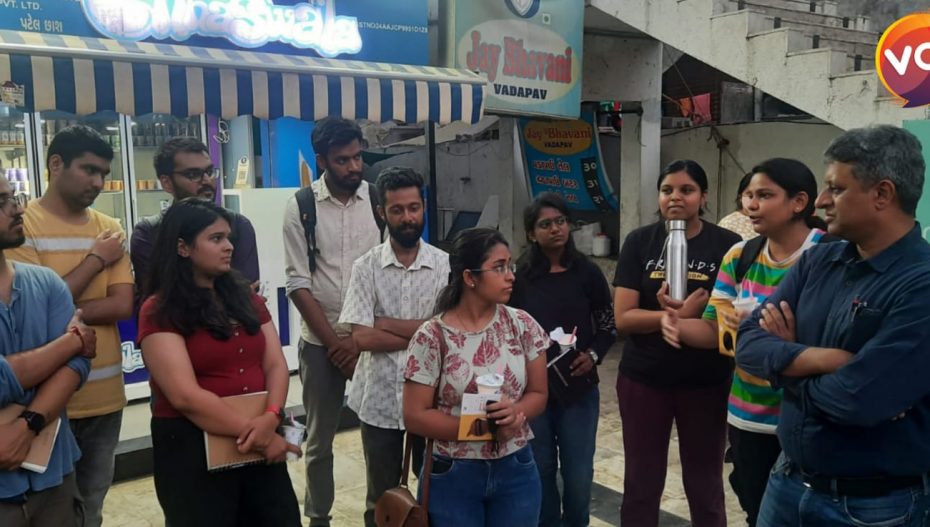 In the mid-90s, when Ahmedabad Municipal Commissioner Keshav Verma brought in renowned urban designer Allan Jacobs from the University of California Berkeley to help redesign CG Road, it provoked mixed reactions. India was still a socialist nation then and many believed it was an elitist project. The city should be focusing on serving the city’s poor slum dwellers instead of spending money on frivolous beautification, they said.

Verma, who was then close to retirement from the Indian Administrative Service (IAS) was adamant on going ahead with the project. I remember interviewing him in 1996 and he said he wanted to create a world class high street and give the city’s denizens a bang for their tax buck. CG Road was to be a symbol of progress.

Till the 70s, CG Road had been a residential area, full of sprawling bungalows owned mostly by the city’s mill owners. It was a “residential zone” as per law and commercial buildings were not allowed. But as often happens in India, development happened ahead of changes in law, surreptitiously but in plain sight. Professor Jignesh Mehta, who was part of a walk down CG Road organised by CEPT University on Saturday, recalls the first commercial buildings to come up on CG Road were nursing homes (which were allowed in residential zones), followed by small shops in the same premises. “By the 90s, CG Road had already become commercial, when the authorities finally stepped in and changed the zoning rules,” he says.

By the 90s, CG Road was Ahmedabad’s high street, with the trendiest shops and restaurants. One of the big beneficiaries of this was the shabby Municipal Market, which became a fashionable hangout. But traffic on CG Road was chaotic, thanks mainly to the lack of parking space. The focus of the redevelopment project was to bring a semblance of order by creating parking space all along the road. Most of the parking space that was created was for two-wheelers, which were the predominant mode of transport then.

Allan Jacobs had been the Director of City Planning in San Francisco for eight years and he had worked on a Ford Foundation project in Kolkata, so he knew how to bring order to haphazard growth. CG Road was paved and colour coded to create distinct parking and walking spaces. It became a designer street, far ahead of its times, one that other Indian cities have sought to emulate. Keshav Verma, for his part, has gone on to become an urban planning consultant of international repute.

CG Road went through another bout of redesign in 2017, when much of the parking space was converted into a walkway. Professor Mehta says the authorities seriously considered cutting down 400 trees on the road at that point, to make way for additional parking. Thankfully, better sense prevailed and that plan was shot down. You can now safely stroll down the leafy street without hindrance, which is more than can be said of main streets in other big cities.

With over 20 participants, the Jane’s Walk (named after urbanist-activist Jane Jacob) down CG Road provoked some interesting discussions along the way. CEPT student Vishnupriya pointed out that it has always been a magnet for those visiting Ahmedabad from smaller towns and the annual turnover of all its shops is estimated to be in excess of Rs 8,000 crore. At the same time, it’s obvious that CG Road is past its prime and large parts of it have slipped into decay. The action has shifted West to SG Highway and Judges Bungalow Road and to high-end malls like Ahmedabad One in Vastrapur. One participant even compared present-day CG Road to Gandhi Road in the old city. Textile designer Keyur Shah observed: “Instead of reviving the old streets, Ahmedabadis prefer to move to new ones, which is unfortunate.”