This US Patel Millionaire Recalls Lending PM Modi $5,000 & He Ensured The Money Was Returned 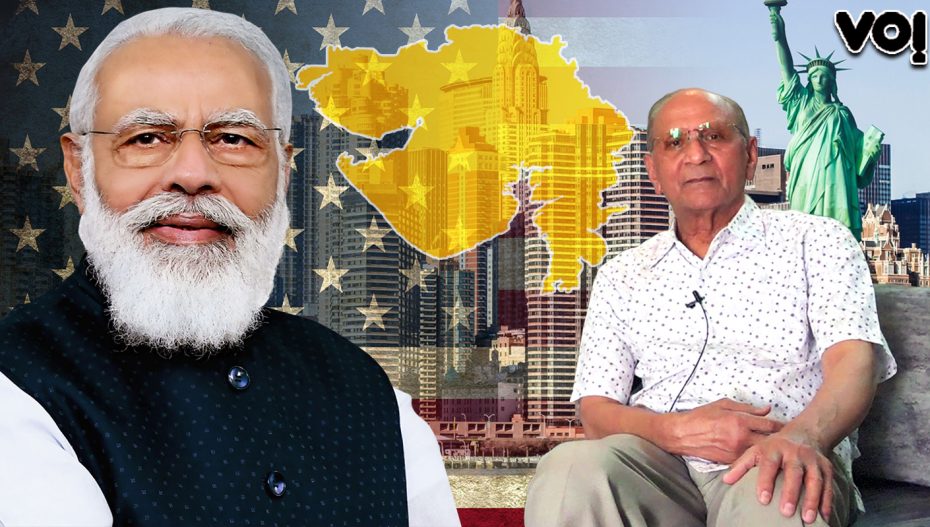 Great stories of leaders often make rounds. But little known are episodes from their past which could have panned out differently, if not for a complete stranger to work out the hurdle. Hirubhai Patel, now 80, and Prime Minster Modi’s tryst started years ago in New York. A theft left Modiji without any money, documents or even clothes to change into. At this point, Hirubhai Patel was the only way out.

“During his way to the hotel, unfortunately, his luggage was stolen. Ghare jaine khabar pade ke Modiji no saman chorie thayi gayo (it was realised on reaching home that Modi had lost all his luggage).  He lost everything from his clothes and documents to his money. We tried finding it but had no luck. Modiji didn’t panic. He maintained his calm and politely asked me to lend him $5000 with the promise that he would return the money. He did…”

Yes. That is Prime Minister Narendra Modi being mentioned in the nugget from past. And sharing it is the man who lent him the amount.

Hirubhai Patel is not your typical Patel bhai. Grounded and simple, he does not force the “daalar” Amercian accent. However, the Gujarati legendary entrepreneurial spirit does run in him. From a fresh-off-the boat in New York 50 years ago with just his personal belongings, to today… he helms over 200 stores and 30 employees in the US.

Now 80, he is the trustee and former president of the Gujarati Samaj in New York. This not-for-profit registered association has a membership of 2,500. Over the years, Patel has helped over a thousand Gujaratis find livelihood and basic lodging when they arrive with starry dreams in the US.

Many have been absorbed many in his own stores. His millions are far from displayed. He still dresses simple and prefers a modest lifestyle. His vacations are in Ahmedabad, where he spends months together with his joint family. Hirubhai never flaunts his close ties with bigwigs in politics or industrial magnates. However, he is proud that he could bail out Narendrabhai Modi when the latter was stranded without any money in New York.

“Back then, Modiji was a pracharak in Himachal and we invited him to a cultural program of Gujarati Samaj in New York in Divan Green Hotel, Manhattan. He was visiting us with Anjali Pandya from Vishwa Hindu Parishad,” he recalls.

On receiving the money, Modi’s new set of documents were readied and a new passport dispatched. As Hirubhai continues the story: “Even his passport was ready in three days. Shortly after that, I was visiting Ahmedabad. In just one day, Modiji’s brother Somabhai came and returned the money. What an honest man Modiji is. I’m glad to have a humble friend like him.”

Ever since the incident, the two have been friends and Hirubhai makes sure that to meet the Prime Minister whenever he is in the US.

Born to an agrarian family in Mehsana, the American dream pushed Hirubhai to the US. He wanted a better life for his family and education for his brothers. Today, Patel owns a 10,000 sq feet eight- bedroom house in New York. The address has hosted many big names from Indian polity such as former Gujarat CM Chimanbhai Patel, former BJP politician Narhari Amin and Uttar Pradesh Governor, Anandiben Patel. She was his classmate in school and the two have kept in touch.