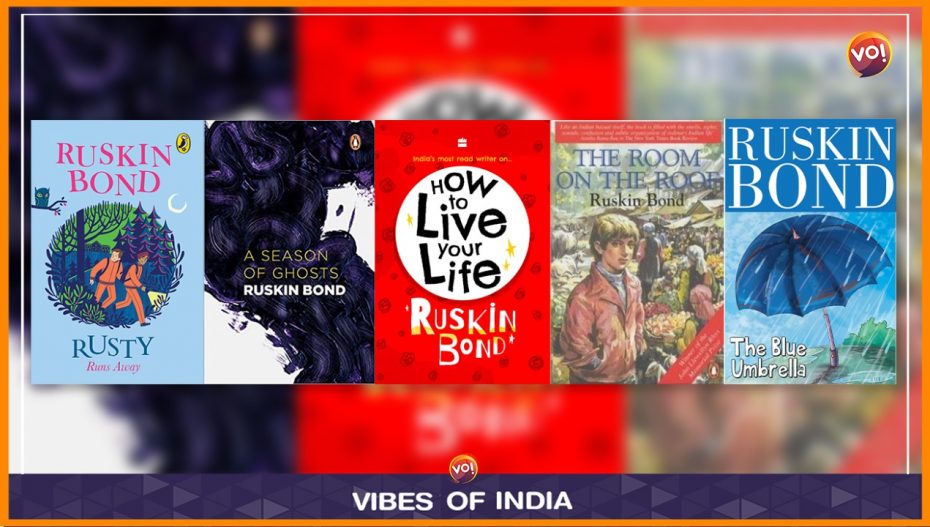 The Room on the Roof was the first book by Ruskin Bond. The story is about the orphaned boy named Rusty who has no real family after his parents’ death. He was living with his guardian Mr. John Harrison. Rusty was going through several emotions: he was confused, obliged, helpless, sad. The quote of the book was Let no make take your dream away.

Rusty runs away is the story of a twenty two year old boy who was quickly passed away from his succession after his grandmother and father left in the care of guardian. But suddenly after the mysterious incident involving his stepfather and gardener he was sent to boarding school.

Season of ghosts is about ghosts who are sweet rather than horrifying. The book consists of ten stories, “Who killed the Rani?” being the longest one. Each story has a hidden message. Ruskin Bond explains why someone would murder another person, it might be a mistake or self-defence.

How to live your life, is a nonfiction book which gives you the definition of live.so it gives instructions, advice and life learning lessons after experience. The famous quote of the book is Be whatever you want to be. ” Give it your heart and soul, you’ll have made something of your life.”

Also Read: Changing CEPT Primed To Move To The Next Level

Shades Of Blackk Spalon Gets A Swanky New Address ...

According to Rishika Kapoor females in Social Medi...