Trials and Tribulations of Alcohol Permit in Gujarat 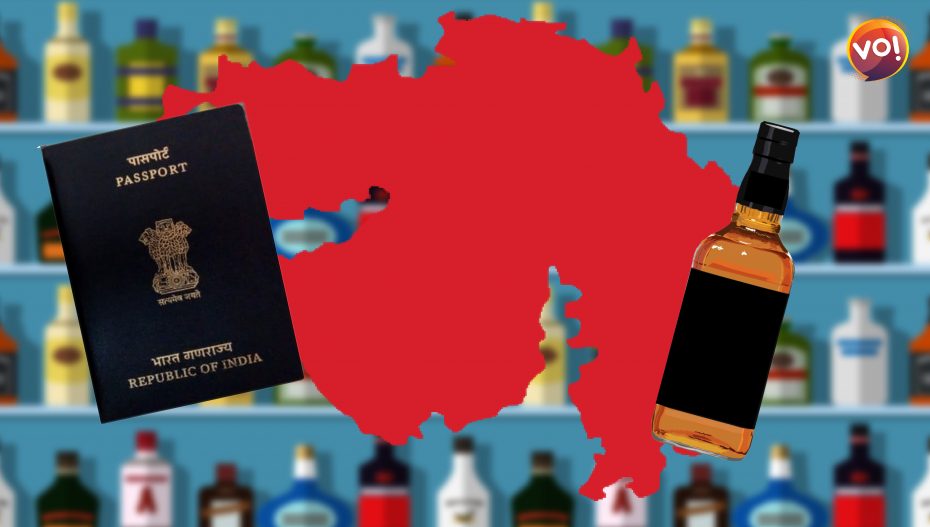 Returning to Ahmedabad two years ago, after 20 years in Mumbai, I decided to apply for a liquor permit. At the Prohibition office, a quaint old red-brick bungalow at old city end of Ellis Bridge, I was told I first needed to submit my income tax returns for the past five years. I was rather gratified to see my many years of paying taxes being recognized. The Income Tax Department had been sending me “certificates of appreciation” by email every year, which was nice, but not of much practical use. Now it seemed my tax payer status entitled me to apply for a liquor permit.

The last time my income tax returns had come in handy was when I had applied for a Schengen visa. When it comes to visas, income tax returns are a proxy for having enough money for travel. As it turns out, it’s the same for liquor permits in Gujarat.

My first impression had been out of kilter. By insisting on seeing my income tax returns, the government wasn’t tipping its hat at my contribution to the national economy any more than Europe was when I applied for a visa. They just wanted to check if I wasn’t about to spend money I couldn’t afford. By its nature, prohibition is paternalistic.     I would occasionally get myself a tourist permit when visiting Ahmedabad from Mumbai, which is akin to the visa on arrival that’s available to Indians travelling to places like Thailand and Cambodia. For the tourist permit, you only need basic documentation, and the procedure is fairly quick.

The process of applying for a Health Permit to Posses and Use Foreign Liquor for Personal Consumption, on the other hand, is long and arduous, much like the Schengen visa.After submitting my income tax returns at the Prohibition office, I was told to come back in three weeks, which I thought was a reasonable amount of time to wait for my permit. As it turned out, the three weeks was just the beginning of a process that actually stretches to four months.

At the end of three weeks I was given a three digit number, a sort of ID for the rest of the process. Then the action shifted to the Civil Hospital at Asarwa, where I was required to go for an interview with a doctor, carrying a pathology laboratory blood report, and an ECG, as a sort of a resume.  I also needed to submit a letter from a doctor with an MD degree saying I needed liquor for health reasons, a particularly difficult requirement, since I’d only just moved back to Ahmedabad and didn’t know any doctors here. Since the doctors in my neighborhood were unwilling to get into this, I finally called up old friends who had permits for references and finally got the doctor certificate, which I duly submitted.

A month later, I received a call from the Prohibition office telling me that they had received my papers from the Civil Hospital and that I needed to present myself for a final interview with an officer of the department. A few weeks later, I finally received my permit.Just as different countries in Europe have different policies regarding the length of stay permitted on a tourist visa, the prohibition department has different yardsticks for the length of the permit and number of units. Parameters include your age domicile (it’s easier if you’re a Bengali like me). Still, my first permit was for the minimal duration of one year and the quantity was only two units per month. One year later, I went through the whole process once again and this time the duration was raised to three years and the quantity to four units.

Like the visa application, the process of applying for a permit is not cheap, but it is free of corruption. I spent over Rs 25,000 on my first permit, of which Rs 19,000 was paid to the civil hospital, for which I received a receipt from en entity called Rogi Kalyan Samiti. Then there were payments to the Prohibition Office itself, which have to be deposited at the State Bank of India’s nearby Lal Darwaza branch, a process which requires you to wait in a long queue for the best part of an hour.   Coming back to the visa analogy, I remember how difficult the process once was, when people had to stand in long queues outside the embassies in the blazing sun. That has been streamlined now, with most countries outsourcing the front end of the process to specialized companies like VFS. One can only hope the permit application process will be similarly improved in Gujarat in years to come.