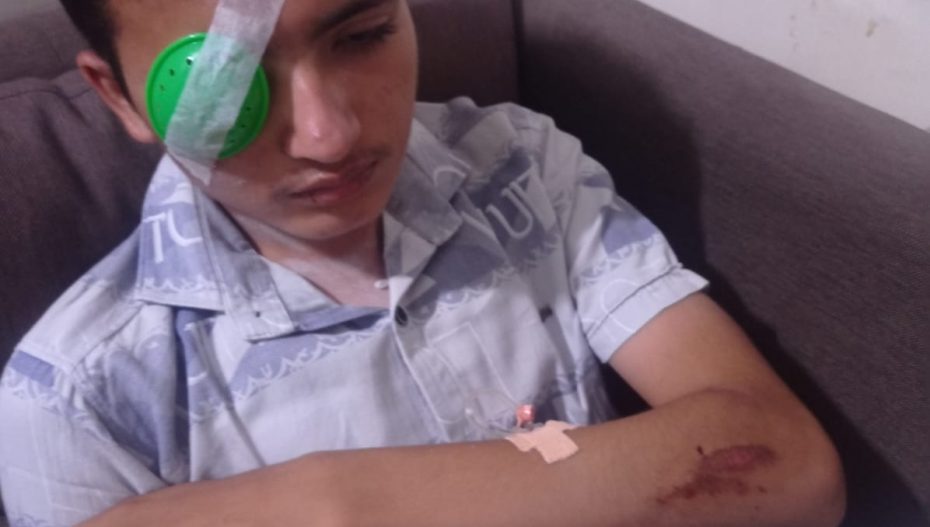 Cattle menace in Vadodara once again proves dangerous for people moving on the road. in the latest incident, a student has severely injured his right eye after getting attacked by a cow on Wednesday late evening. One of the horns hit the boy’s eye during the incident.

As per details, Henil Patel, studying in Polytechnic College of MSU, was knocked down by a cow on the street while driving back home on his two wheeler. The incident happened at Govardhan township on Waghodia road when the cow suddenly jumped the divider and knocked Henil along with his two wheeler. He was hit on the right eye by the cow and immediately rushed to private hospital for treatment. Doctors, following check-up, have referred him to a hospital in Ahmedabad, for the grievous injury to the eye.

Father of the boy, Bhailalbhai Patel, has requested corporation to act strictly on this menace and so that the people are protected in the neighbourhood. He also demanded a compensation for this incident. Earlier, too many people have suffered severe injuries due to cattle menace in the city and corporation teams are making plans to rectify the situation.

Many of cattle keepers have also booked under PASA and detained in jail for releasing their cattle in public places and risk people’s safety. However the problem is still there and people raised their voice for a stricter action from the corporation to stop this menace.