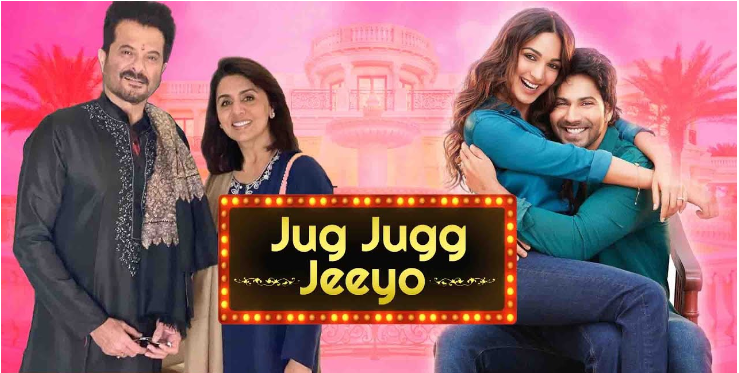 We have often heard actors and directors say that shooting during a pandemic is a real challenge. It’s even more so for the technicians. Art director Shivangi Singh has been working on Raj Mehta’s upcoming romantic drama, Jug Jugg Jeeyo, since August last year. “We needed lots of props and fabrics stitched, many of the wholesale markets were shot back then, everything had to be sourced in Mumbai and ferried in trucks to Chandigarh which doesn’t have prop shops. It was chaos! Plus, every week, we had to get tested and if anyone tested positive, they were quarantined. Some quit under the pressure,” she recounts.

The production crew had to get to Chandigarh 10-15 days before the actual shoot and every time one of them flew into the city, they had to get tested, and couldn’t leave the hotel till the report came in which sometimes took almost 30-35 hours. “We were on a tight deadline and the winter chill and night curfew had already cut short work timings. But despite the odds, we kicked off on schedule in November. We would start our day with temperature and oxygen tests and spend 12-13 hours in our PPE suits. It was tough and things were going smoothly when Neetu (Singh)ma’am and Varun (Dhawan) tested positive. We were quarantined for 15 days. By the time we got back, some of the locations were no longer available,” relays Shivangi.

The film revolves around two couples, Anil Kapoor and Neetu and Varun and Kiara, from different generations, the ups and downs in their relationships and how they reach a mutual understanding. There were plans to go back in March-April and fly off for an international schedule, but now the logistics nightmare of shooting during a pandemic has hit their plans for a six.

Shivangi remembers another tough schedule, this one for Kabir Khan’s Bajrangi Bhaijaan. This 10-15-day shoot, excluding the 20-25 days of prep, was in Pahalgam where they shot the Pakistan portions, including the scenes in Munni’s house. “We would leave the hotel at 4 am trek for two hours to the location and roll by 7 am. The climax was shot in Sonmarg and it was really cold, with us running for two-three hours at a stretch,” she reminisces, adding that she loves Kabir’s work and with Salman Khan on the set, it was always fun. “Salman sir threw a lot of parties,” she smiles.

The Lucknow girl with a Bachelor’s Degree in Fine Arts from Delhi’s Jamia Millia Islamia University landed her first break as a storyboard artist for Margarita with a Straw in 2012. She went on to work in several award-winning feature films, shorts and commercials. In 2016, she moved to LA to pursue higher studies in California’s Art Center College of Design. As an Indian immigrant woman, she worked harder than her male counterparts and broke stereotypes to make her place in an industry with less than 20 percent women. Her grit and determination earned her the Production Design Fellow Award from the Hollywood Art Department Union, Art Directors Guild of Hollywood.

Shivangi has worked on the American reality show, Making the Cut, presented by Heidi Klum and Tim Gunn, with Naomi Campbell, Nicole Richie, Chiara Ferragni, Carine Roitfeld and Joseph Altuzarra as the judges. “It was shot across the world in all the fashion capitals and I remember one particular shoot in a crowded mall in Tokyo, with models coming down the escalator, walking the ramp and going back up, which I had to conceive remotely. In Hollywood. they divide the work amongst different teams with another team going to the location,” she explains.

Another interesting project was an American short film, The Speech, which was nominated at the Palm Springs International Film Festival, 2020, revolving around a young girl and her friend during the SARS epidemic in China. “It’s a true story based on the experiences of the director. Back then, I had no clue that we would be in the same situation soon, but that’s life,” she signs off.