What’s With Number 13 And Kishore Kumar? 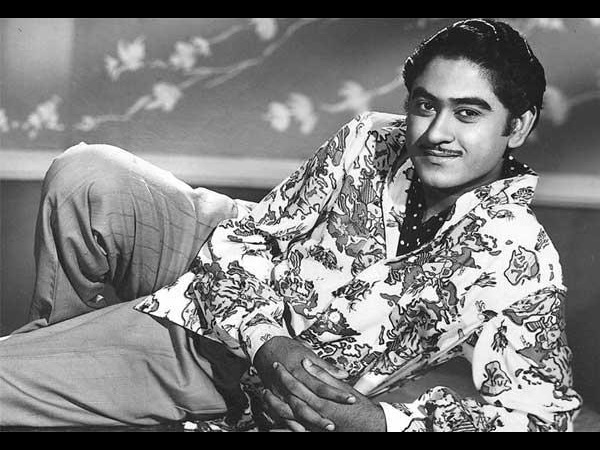 Kishore Kumar had earned the reputation of being an eccentric genius. And the actor-filmmaker-singer-composer thrived on it. When a filmmaker paid him half his remuneration, Kishore reportedly turned up on the set with make-up on only one side of his face. His explanation was, “Aadha paisa, aadha make-up.”

On another occasion, he is said to have entered the studio through one door and turning somersaults while the camera rolled, exited from another, jumping into his waiting car and dashing away before anyone could stop him.

There are other stories of how he deliberately mixed up the dialogue sheets of one film with another, started yodeling in the middle of a sad scene, forced a producer to climb up on a table and sing for him before he would give dates for a recording.

After a while, the exasperated filmmakers started coming to his Dadamoni (elder brother Ashok Kumar) with their grouses. After one complaint too many, Kishore was summoned to Ashok Kumar’s Chembur bungalow. “He was standing before baba, respectfully quiet, waiting to be censored when my father suddenly burst out, ‘Tu yeh sab kaise kar leta hai? Mujhse kyun nahin hota!’ (How do you manage to pull all these pranks? Why can’t I do the same?)” Ashok Kumar’s elder daughter Bharti recounts, loving her family for their sense of fun.

Her father had loved dogs, adopted several, and naming them after the great dictators. So, Bharti shares, their Alsatians, Great Danes, Boxers and even a Shar-Pei would answer to calls of ‘Hitler’, ‘Stalin’, ‘Chang Kai-shek’ much to the amusement of their guests.

One day, Moushumi Chatterjee dropped by and learned that Dadamoni had named his new pet ‘Kukur.’ “But that’s not a name!” she protested, kukur being the Bengali word for dog. Dadamoni shrugged nonchalantly, “Well, it will have to be Kukur because I can’t be bothered to find another dictator to name it after.”

This crazy humour came through in their films, in particular Chalti Ka Naam Gaadi which featured all three Ganguly brothers. It was produced by Kishore to give a boost to the career of their middle brother, Anoop Kumar. And as the trio careened through the streets of Mumbai in their father’s 1928 Crysler, the film was a mad ride from the word go, bringing laughs in plenty.

AS a young boy, Kishore would drive down to Mumbai with his father in this car to visit his Dadamoni. It was a year older than him and rusted in the yard of his Juhu bungalow long after he was gone.

During the making of the film, Madhubala, splitting with Dilip Kumar after he gave evidence in court against her father in the Naya Daur case, and Kishore who had divorced his first wife Ruma, drew close. When he learned that she was flying off to London to undergo surgery for a hole in her heart, he insisted on accompanying her and quietly married her a fortnight before their departure.

When Dadamoni heard about the secret marriage he was livid and didn’t speak to Kishore for many days. “But then I forgave him, he was like a child to me,” he had admitted with a laugh.

On October 13, 1987, Kishore called up his Dadamoni to wish him on his 76th birthday.  His elder brother was not in the best of spirits, having recently lost his wife Shobha who for months had been excitedly planning a grand bash at Hotel Sear Rock to bring in their golden wedding anniversary. She passed away just four days before the big day.

Dadamoni was in no mood to celebrate his birthday either, but Kishore insisted he drop by his Juhu bungalow on his way home from the shoot.

Dadamoni left for Film City and Kishore who had a rare day off, excitedly started planning a surprise birthday party for his brother.

At 4 pm, while laughing and joking with wife Leena, he suddenly collapsed. It was a fatal heart attack.