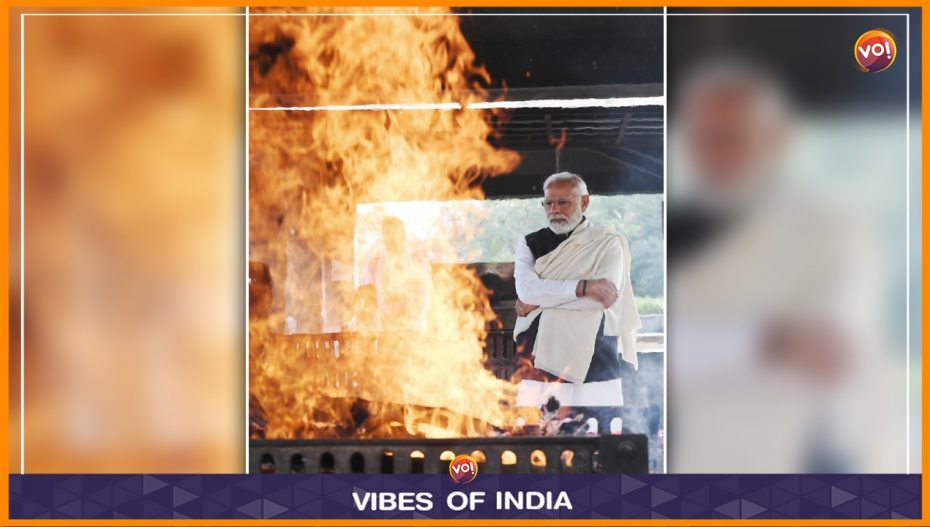 Several world leaders expressed their condolences on the death of Prime Minister Narendra Modi’s mother Heeraba , who died in Gujarat at the age of 99. Heeraba died in the early hours of Friday in an Ahmedabad hospital. PM Modi and his brothers cremated her mortal remains at a crematorium in Gandhinagar. Prime Minister Narendra Modi’s mother Heeraba passed away at the UN Mehta Institute of Cardiology and Research Centre in Ahmedabad on Friday. Her last rites were performed at a crematorium in Gandhinagar’s Sector 30.

Japanese Prime Minister Fumio Kishida was one of the first world leaders to offer condolences to PM Narendra Modi over the passing away of his mother, Heeraben Modi. Fumio Kishida is a Japanese politician serving as Prime Minister of Japan and president of the Liberal Democratic party. Mr Kishida tweeted, “PM Modi @narendramodi, I would like to express my deepest condolences for the passing of your beloved mother. May her soul rest in peace.”

Nepal Prime Minister Pushpa Kamal Dahal ‘Prachanda’ also expressed sadness over the death of PM Modi’s mother. He said “I’m deeply saddened to learn about the passing away of Smt. Heeraba Modi, loving mother of Prime Minister @PMOIndia At this hour of grief, I express heartfelt condolences to PM Modi ji and the family members and pray for eternal peace of the departed soul.”

Former Sri Lankan Prime Minister Mahinda Rajapaksa condoled the death of Prime Minister Narendra Modi’s mother. He took twitter to express his condolences, “Deeply saddened to hear of the demise of Smt. Heeraben Modi. My heartfelt condolences to Prime Minister @narendramodi ji on the loss of his beloved mother. Our thoughts and prayers are with the PM and his family in this hour of grief.”

Former Nepal Prime Minister Sher Bahadur Deuba expressed condolences over the passing away PM Modi Mother, He tweeted, “My heartfelt condolences to Shri @narendramodi ji and his family at the passing away of his venerable Mother Heeraben Modi. May her eternal soul attain Moksha.”

Russian Ambassador to India Denis Alipov expressed condolences to PM Modi over the death of his mother. He tweeted, “My heartfelt condolences to Prime Minister Shri Narendra Modi ji on the biggest loss. My heart breaks for you Om Shanti.”

German Ambassador to India Philipp Ackermann tweeted, “Deepest and sincere condolences to honourable Prime Minister @narendramodi. We join him and his family in mourning their loss.”

Prime Minister Narendra Modi has reached Ahmedabad following his mother Heeraba’s demise in the wee hours of Friday. Last rites of Heeraba begin, PM Modi leads funeral procession. PM Narendra Modi carried the mortal remains of his mother Heeraba, who passed away around 3:30 am on Friday in Ahmedabad. A glorious century rests at the feet of God, PM Modi said while informing about her demise.

PM Modi credits mothers for shaping a child’s mind, personality, self-confidence, Mother – is not just any other word in the dictionary. It encompasses a whole range of emotions – love, patience, trust, and a lot more. Across the world, irrespective of country or region, children have a special affection for their mothers. In Vadnagar, Traders will shut down their businesses for three days on Friday, Saturday and Sunday, to mourn the demise of PM’s mother, Heeraben.