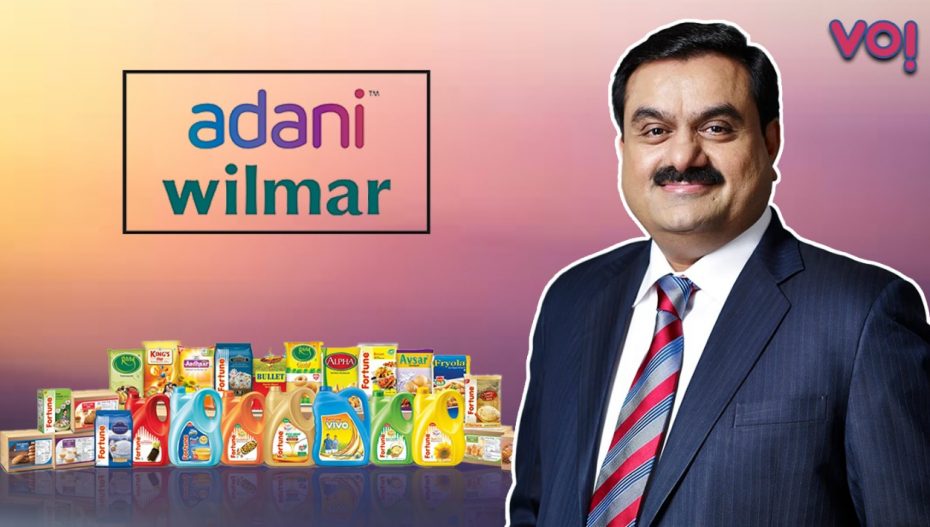 Adani Group’s FMCG giant company, Adani Wilmar is all set to go public with their public issue of Rs 3,600 crore. The public issue will open on 25th January with a share price of Rs 218-230. Listing date is set on February 8, 2022.

CEO and MD of Adani Wilmar Ltd Angshu Mallick was upbeat about the public issue as he mentioned how in less than three decades and three stages of growth the JV between Adani group and Singapore’s Wilmar group,(which was signed in 1999)grew steadily and became top 10 FMCG company with one in three households reached across India.

With 22 manufacturing units and 28 tolling units, the company has become number one in ROCP- refined oils in consumer packs with a 18.3 percent market share of branded Edible oils. The company has achieved number two spot in packaged wheat flour and number three in packaged rice.

The company has great strategic assets as it has acquired Bangladesh Edible Oil company and with a state of the art plant in Hazira which was added in December 2020 it has capacity to upscale.

Shrikant Kanhere, CFO of Adani Wilmar informed the press that in FY 19-21 the company had Revenue CAGR (compounded annual growth rate )of 13.4 percent whereas it had PAT CAGR of 39.2 percent.

Kaushal Shah Head of Equity Capital Markets at Kotak Mahindra Bank informed the press that, initially public issue was of Rs 4,500 crore which was reduced by 20 percent to Rs 3,600 crore to make it more focused. With a 12 percent dilution Promoters Adani and Wilmar group will hold 88 percent of the company.