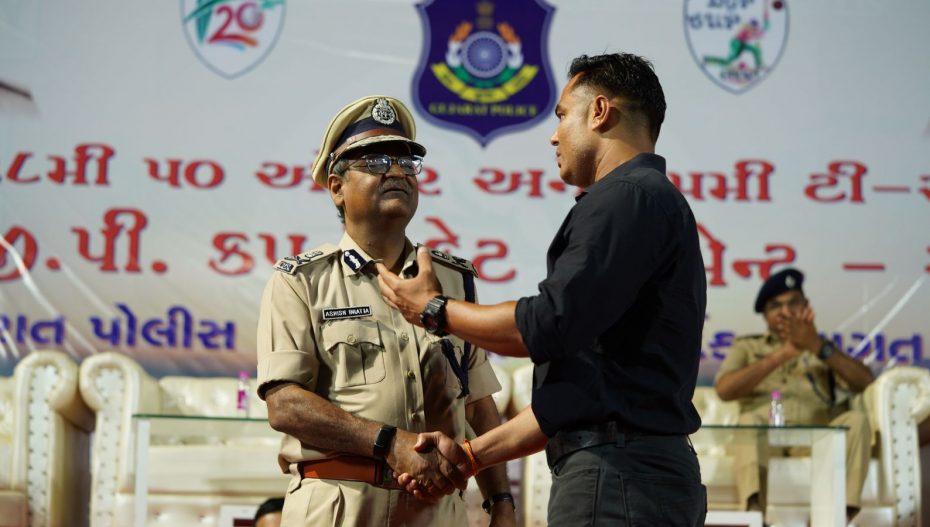 Gujarat Police Sub Inspector Arun Mishra, a passionate health enthusiast of the Vadodara City Police Force, has been honoured as the fittest cop of the state police force. Recently, the state police chief, Ashish Bhatia, honoured him for this achievement, while applauding his zeal to maintain a constant vigil through the practice of exercise, along with the arduous duty of maintaining law and order.

Arun advocates that every uniformed member of the police force should always maintain good health along with exercise. It is an asset that gives you the power to do better.

He said about this health success that even amid a busy duty schedule, if possible, he does not miss exercising daily. For him, exercise is worship and the gymnasium is a temple. He through this maintains constant health, agility and vigour which is very useful in police duties.

The inspector constantly guides and informs jawans and people about the need and benefits of physical fitness through video posts using social media. During the time of Kovid, he donated plasma for corona patients and inspired others to join it.

He further added that maintaining physical fitness increases mental stability which helps in taking the right decisions in times of crisis. It has many advantages. Police personnel should take out time for exercise throughout their life and not just for selection into the force. He thanked the state police chief as well as the police force for their respect and encouragement.