For AAP, Punjab Model To Be Replicated in Gujarat 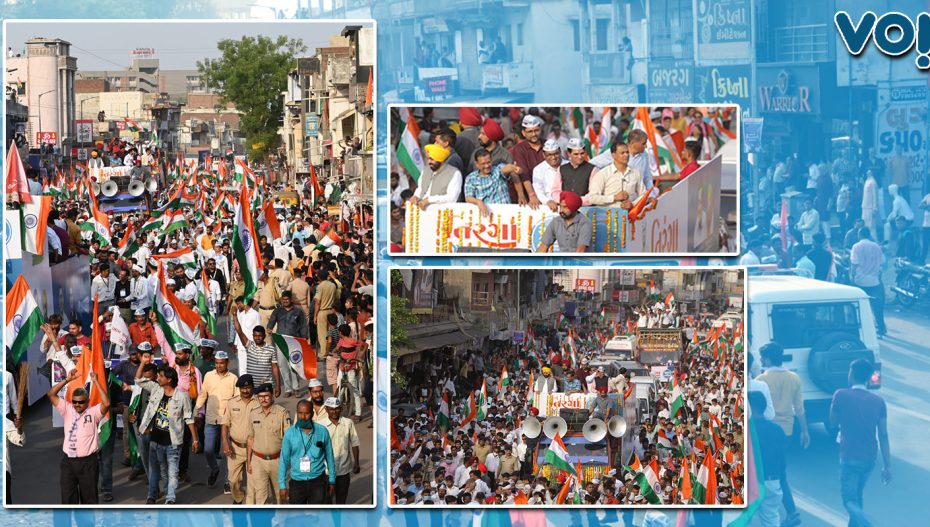 There is a method in the madness. The world’ largest democracy, India, goes through much tumult during elections, be it on the national or regional level. However, as master strategist Prashant Kishor has shown, the science of planning is a must to arrive upon the desired result.

Wasting no time, after its overwhelming victory in Punjab, the Aam Aadmi Party is now gearing up for Gujarat. The state is home turf for the BJP but it would be ill-advised for the saffron brigade to hold that nothing can dent their prospects.

Word is rife that the team of professionals who made Punjab’s victory possible is now in the AAP head office in Ahmedabad.  To begin with, the party is expanding–they have already rented another office near Ashram Road. “This office will be special for our politicians, staff and social media team. Media will be entertained only at our current office. The new address will be for planning and organisational purpose,” said an official from Delhi.

Be it the entry of seasoned Rajkot-based Indranil Rajguru in AAP or taking the issue of education and lack of efficient government schools in Gujarat, AAP has taken the bull by its horns. It is touching on key issues where the BJP has left room for improvement and in a way, showing the electorate an alternative is ready.

AAP seeks to replicate its organisational tactics in Gujarat. “We are getting at least five new spokespeople on board. In Punjab, we had 20 before the elections and we want to amp our game in Gujarat. Each AAP member will get designated roles and responsibilities. A chain of communication or hierarchy is to be established, as was done in Punjab,” shared party insiders.

Likewise, party leaders who refuse to follow the chain, will have to answer. Politicians who indulge in personal growth might be dismissed from the party’s primary membership.

District and zonal AAP members will be appointed to delegate the work better. Surat-based media spokesperson Yogesh Jadvani is also likely to shift to Ahmedabad for better coordination.

Party supremo Arvind Kejriwal is expected to camp in Gujarat for a while. “He wants to connect with the people,” shared sources, adding that he is likely to visit the state again April end.

The party is turning education into a key political plank. “At least, someone is taking about education, school and children. The state has seen politicians polarise on basis of religion. AAP is bringing us together on grounds of common woes,” shared a senior headmaster from the city.

In all likelihood, AAP is set to give the BJP a hard run for its money. And just in case, the Congress is revived, what with I-PAC rumoured to be in the city, the AAP-Congress combine might be brought together not by chance. But by the design to oust the ruling BJP.