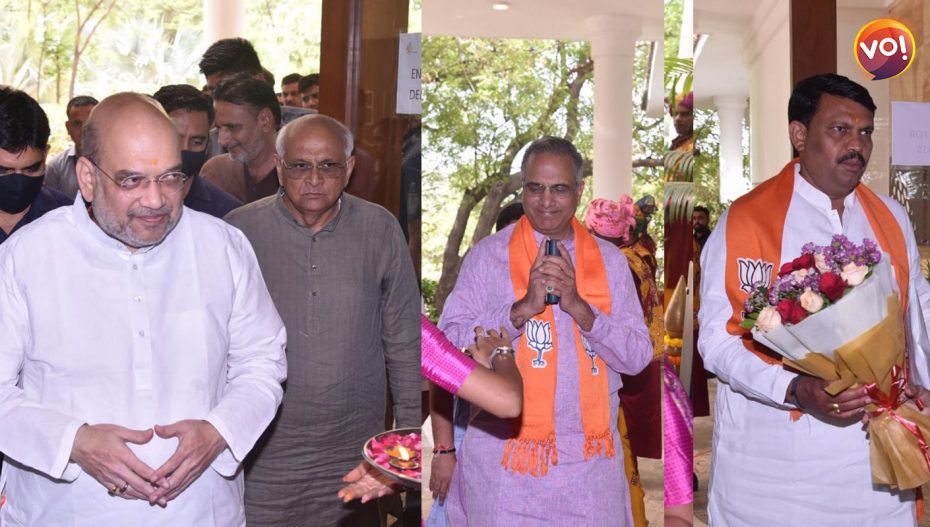 Just as Congress will conclude its Chintan Shivir today, Bharatiya Janata Party (BJP) has kicked-off its own two-day brainstorming session at the luxurious Kensville in Ahmedabad. The party’s legend, also known as the Chanakya of Indian politics for his great strategic mind, Amit Shah has already arrived at the venue. This is the first time after Bhupendra Patel became the Chief Minister that attempts are being made to put the government and the organization on different criteria.

According to the sources, this Chintan Shivir is not just an ordinary political meeting, but it is special in many ways. Key focus of the party will be on a few specific topics, which will including reviewing the state government’s operation model, building media and social media strategies and other issues.

It is believed that the party will discuss a special strategy for the two important sections of the society in the sate, namely the Adivasi and the Patidar communities. Addressing people’s concerns like inflation and unemployment will also be on the agenda here.

Furthermore, BJP, who has been in power in Gujarat for over 27 years, through this meeting might come up with the solution to tackle the issue of anti-incumbency. The meet will also discuss ways to reach out to people effectively. The meeting will have several sessions including social media, media committee, IT cell session.

The BJP is targeting winning all of 182 seats in the 2022 Gujarat Assembly elections, but there are many challenges ahead. AAP is working twice as hard as Congress in Gujarat. The BJP, which has been in power in Gujarat for the last 27 years, is now preparing to take on the Aam Aadmi Party (AAP) after the Congress in the Gujarat Assembly elections to be held this year. All three parties are currently in full-on election mode, as their leaders have repeatedly visited the state, holding rallies, attending conventions and interacting with the public.

Following the strategic discussion, the blue print for the elections will be finalized.