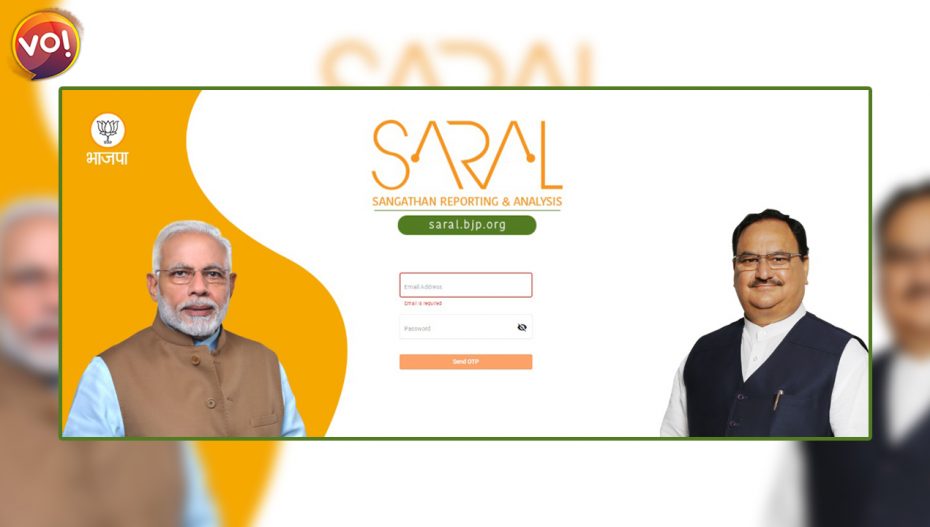 The Bharatiya Janata Party, known for using technology in election campaigns, is at it again. The ruling party has launched an app, SARAL, for engaging with party workers throughout Gujarat. The newly launched software, SARAL, stands for Sangathan Report Analysis.

SARAL app will help in assigning tasks and related activities. The software will also help in checking the activity data of party workers. Additionally, it will provide a detailed report of the tasks the workers would perform. The app shall also include the outline of the BJP’s upcoming programs.

Poll-bound Gujarat is witnessing colossal rallies and speeches as elections approach in December 2022. The ruling party, BJP, has also begun campaigning with a slam-bang. Thus, the regular analysis of party data would keep the worker on their toes. The app would also enable them to reach thick-on-the-ground voters.

The BJP has set up a brand new Communications And Analysis Centre at the State BJP headquarters in Gandhinagar. According to sources, several workers at computer desks as they dedicate themselves to work on BJP communications daily.

BJP believes that the software enables them to establish a direct connection between the party and the workers. The software would avail all the salient and relevant information such as programs, names, and addresses they have to attend. The party will allot a username and password to each worker through which they can access the portal.