Jigneshbhai, We Are With You – Gujarat Congress 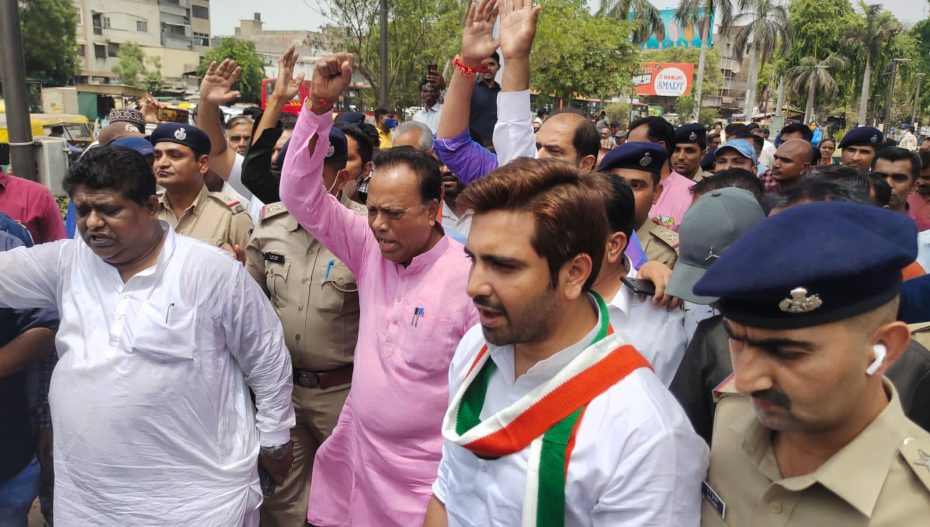 Jignesh Mevani, an Independent MLA from the Vadgam constituency of Gujarat, was arrested by the Assam Police in the Banaskantha district late Wednesday. An FIR was lodged in Assam’s Kokrajhar police station related to tweet he posted on April 18, against which a complaint had been filed.

“This case is lodged against Mevani under Sections 120B (criminal conspiracy), section 153(A) (promoting enmity between two communities), 295(A), 504 (intentional insult with intent to provoke breach of peace), and sections of the IT Act”, Gujarat high court lawyer Anand Yagnik, representing Mevani, told VoI.

“We will move an application before the Assam High Court in order to quash FIR and seek bail,” he added.

Gujarat Pradesh Congress Committee (GPCC) President Jagdish Thakor called Mevani’s arrest ‘undemocratic and illegal’. Speaking with VoI, Thakor said, “Mevani is a young and vibrant MLA, and he has just said that the PM appeals for peace. If the PM is making similar appeals elsewhere in the world, why can he not do it for his home state? This is an attempt to silence voices of dissent and this is a dangerous trend.”

Soon after the arrest, Mevani was temporarily put up at the Palanpur city police station and then moved to Ahmedabad. Early in the morning today by air the Assam police took him over to Guwahati, Assam.

GPCC president Jagdish Thakor, who went to the airport around 3.30 am when Mevani was flown to Assam, said in a tweet, “We will get justice for Mevani soon.”