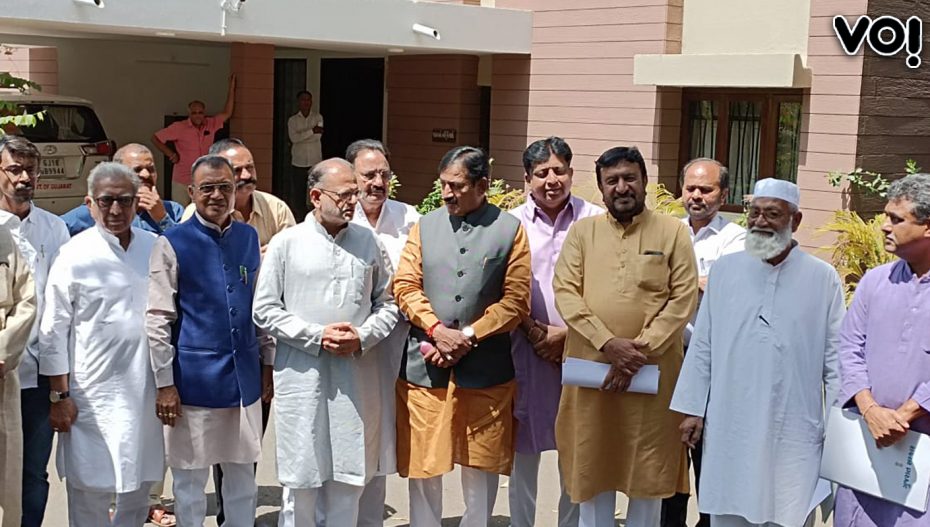 Gujarat Congress leadership on Saturday met Governor Acharya Devvrat and submitted a memorandum highlighting the attempts to create a situation of communal polarisation in the state. AICC State in Charge Raghu Sharma, Leader of Opposition Sukhram Ratwa, MLA Gyasuddin Sheikh, Imran Khedawala, Sailesh Parmar and others were present in the meeting.

Congress leaders stated that the current situation is spreading fear among people and damaging constitutional values.

Speaking to VOI, Gyasuddin Sheikh said that the recent incidents of communal clashes that occurred in Khambhat in Gujarat and Jahangirpuri bulldozing in Delhi are threatening the existence of minorities in India. “BJP-led governance is creating an atmosphere of fear and hatred”, he added.