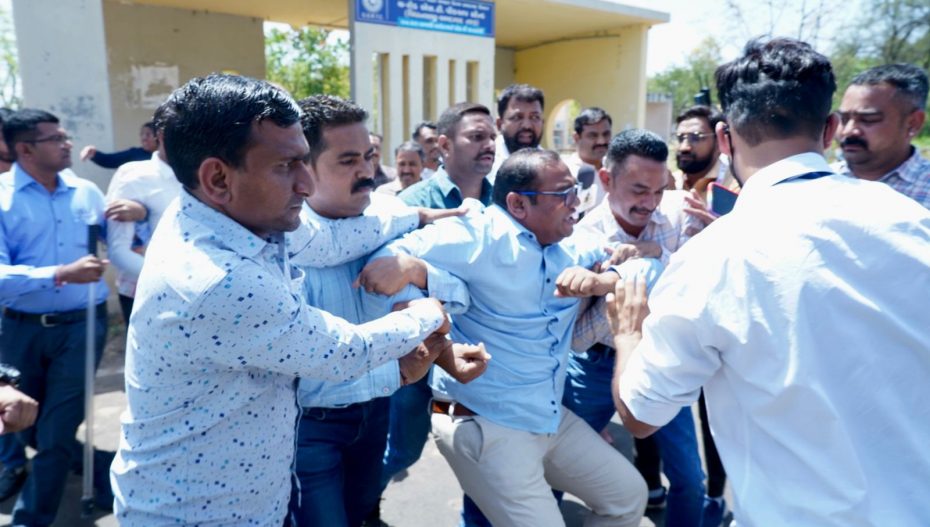 This morning Aam Admi Party’s State General Secretary Manoj Sorathiya and nearly 100 other workers as well as activists were taken into custody by the Gujarat police for leading a protest against the high fees in private schools. The AAP members were engaging in a peaceful sit-in protest in front of the residence of the state’s Chief Minister Bhupendra Patel when they were taken away.

AAP has been slamming the current BJP government in Gujarat for chaotic education system in the state. The party has questioned the ministers over the dismal condition of government schools and ever-increasing fees of the private schools in the state. This protest was part of the party’s way to seek a response from the government.

AAP state president Gopal Italia in a tweet shared a video that showed police forcefully taking the protesters, including Sorathiya, into custody. Writing in Gujarati, he said, “Aam Aadmi Party Gujarat staged a sit-in protest against the issue of fee-robbery of private schools. Several activists, including AAP leader Shri Manoj Sorathiya, have been unconstitutionally detained by the police at the behest of the corrupt BJP, a partner in the loot by private schools.”

AAP leader Gulab Singh Yadav, who represents the Matiala constituency, also tweeted about the unfair treatment. He called the security forces ‘BJP Police’. posted a video showing the police forcefully detaining the memebers who were part of the protest.

Hey Amdavadis, Lost Your Car Or Phone? No Need To Go To Cops. Fil...