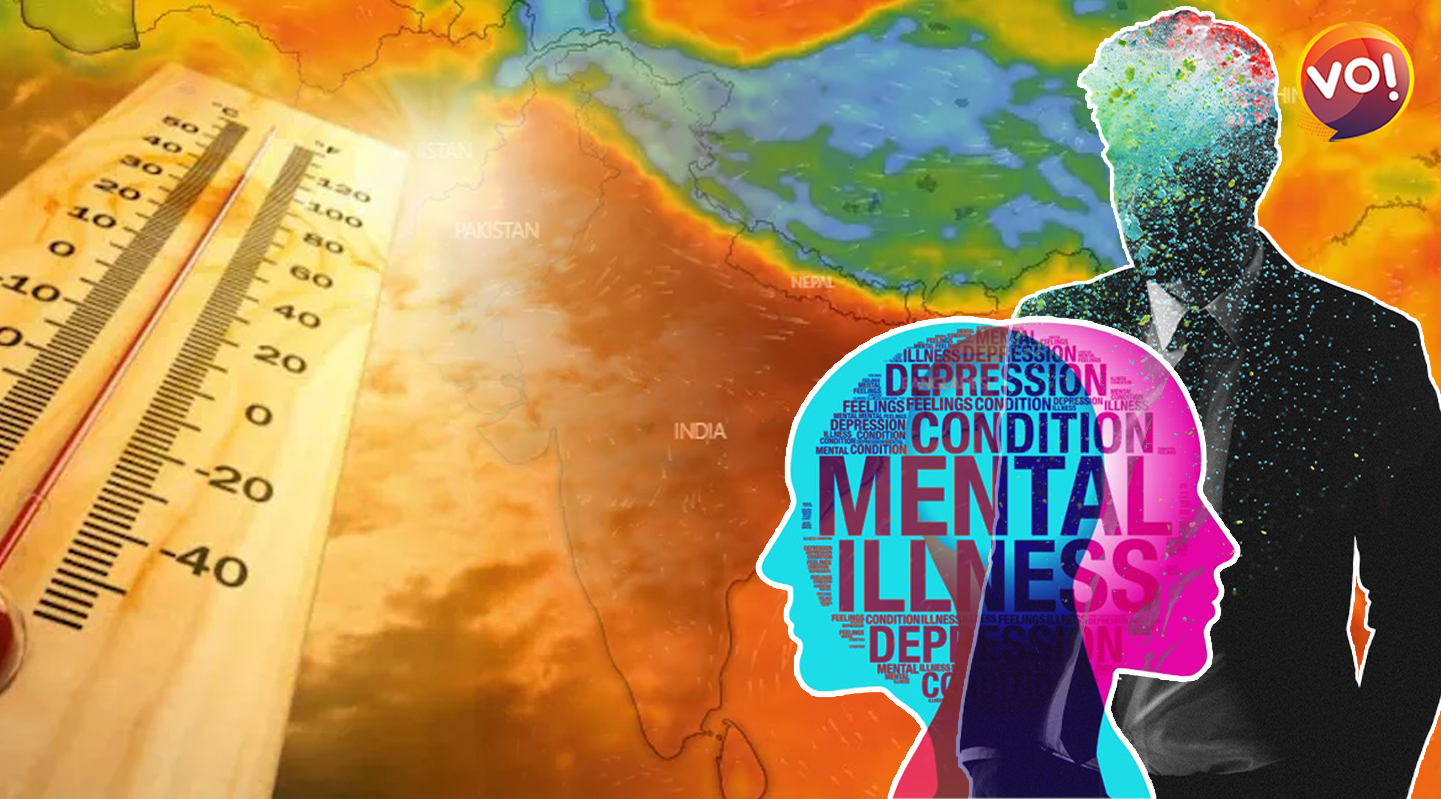 Children and adolescents, particularly girls, as well as people with existing mental, physical, and medical challenges and elderly people, are at high risk during a heatwave…. Extreme heat has negative impacts on mental health, well-being, life satisfaction, happiness and cognitive performance.

According to Dr Kalrav Mistry, Psychiatrist and De-addiction Specialist at Shalby Hospital, Ahmedabad: “This is not exactly a new phenomenon. We term it as bipolar mood disorder or seasonal mood disorder. Weather patterns and the amount of sunlight are known to affect the mood because it is linked to light, vital for serotonin and dopamine production. Too much light and heat can lead to the aggressive/maniac extremes as is reported usually in the March-April-May trimester. Too little and it leads to sluggishness, lack of inertia and depression as in November-December-January.”

It has been an unusually hot March and April. The country’s average maximum temperature recorded in March 2022 has been the highest ever in the last 122 years (1901 and 2022). The IMD predicts heat wave conditions across India till May 15. So, what exactly is a “heatwave?” In technical terms, it refers to a 40°C + temperature for any station in the plains and 30°C or above for any elevated point. In some cases, like Ahmedabad where 40°C +is usual during summers, a heatwave would extend to mean 4.5° C above expected.

Falling sick because of heat stroke and dehydration are heard of but studies now recognise the effects of heatwaves on mental health as well. Taking the discussion further, clinical psychologist Dr Wahid Kadri, Sunrise Group of Hospitals, points out: “Mental health is shaped by the individual’s environment and ecosystem. While discomfort and irritability are associated with summers, the unexpected high temperatures lead to altered plans for the day. Added, for those who cannot afford coolers or AC, it triggers a sense of insufficiency. Socio-economic challenges add to the dry and arid conditions outside. Not being able to battle climate changes leads to an overwhelming sense of helplessness and this can lead to drastic steps. The dryness leads to skin eruptions and this impacts the self-image one carries. So, as a cumulative, heatwave takes a huge toll on mental well-being.”

Dr Mistry also shares that OPD beds are already running near-full with such cases. “In some instances, families admit their patient when the temperature starts rising because from previous years, they have learnt that it is not simply a heat-stroke condition. It is a physiological imbalance of mood hormones triggered by weather extremes. We adopt a three-tier approach at Shalby. First, counselling followed by a fortnight of mood-stabilisers. If the hypo-maniac irritability increases, we resort to neuro-transmitter injectibles.”

Both experts caution not to dismiss unusual behaviour patterns during the heatwave. “If changes in sleep, diet, behaviour are noticed for more than four days, medical intervention must be sought. Some people believe in taking the hyper-religious route and calling in quacks to ward off the spirit. This just makes the case worse because timely help can reverse wrongs,” as Dr Mistry sums up.

Doctors across the board suggest a pro-active government which is attuned to meeting changed needs during adverse weather conditions. “At a policy level, we need a systematic changes like better city planning, equitable distribution of healthcare and better work conditions. Local party offices must distribute ORS sachets in the slums and apprise the uneducated on recognising a heat stroke. Schools and offices can also alter timings to avoid the scorching sun or switch to WFH during hot spells. The government, of course, has proactively been issuing the orange and red warnings to caution Amdavaadis to stay indoors,” suggests Dr Mistry.

What Communities Can Do?
Communities, NGOs and of course, government agencies must step in with water coolers at traffic signals, temporary shamianas fitted with fans/coolers at local maidans so that the economically challenged can huddle together for that oasis in a desert. Philanthropists and CSR wings of MNCs must chip in as well with meeting such needs on a local scale. “Even setting up of sprinklers at open spaces can help with cooling down for those denied basics such as clean bathing water,” recommends Dr Kadri.