Despite Enmities at Border, India- China Trade set to cross $100 billion in 2021 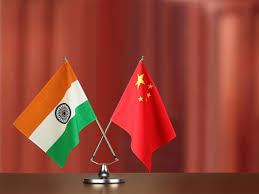 Despite not so cordial relations between two Asian giants due to military standoff in eastern Ladakh, bilateral trade volumes between India and China continues to scale new height. After already having touched USD 90 billion in the first nine months, it is set to cross the record figure of USD 100 billion this year.

While imports of medical supplies have soared in the past two years due to pandemic, India’s biggest exports to China annually are iron ore, cotton, and other raw material-based commodities. India imports mechanical and electrical machinery in large quantities from China.

China’s exports to India went up to USD 68.46 billion up 51.7 per cent YoY, aided by massive imports of urgent supplies, like oxygen concentrators, when India was in the grip of the second wave of the COVID-19 pandemic in April and May this year, whereas India’s export to China rose 42.5% to $21.9 billion

However, from India’s point of view the trade deficit, which is matter of concern over the years, reached USD 46.55 billion and is expected to deteriorate further.