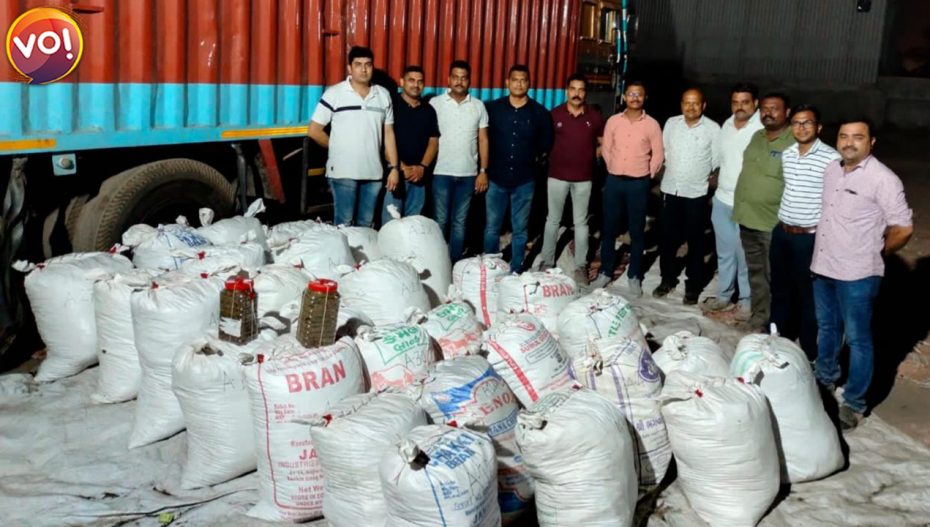 Surat District Police seized a truck loaded with cannabis. According to the reports, the police caught more than 700 kilograms of cannabis. Surat district has become a hub for alcohol and marijuana smuggling. Earlier, the police captured moderate quantities of drugs and cannabis from all peripheries of Surat. But, on Friday, May 13, the police busted truck-laden marijuana.

The truck was unoccupied when the police reached its location. Surat District Special Operation Group (SOG) received a tip about a vehicle in the parking lot of Hotel Mahadev near Kamrej, Umbhel. When the SOG reached the location based on the information, they found a stranded truck in the middle of the parking lot.

The truck, HR 26 D 7337, was full of marijuana. The police have initiated a further probe into the matter. However, some sources believe that the truck drivers and drug smugglers already knew that the cops were approaching them. When the police reached the truck location, there was no sign of the drivers and smugglers. The current probe’s objective is to find out the truck’s destination.

A few days ago, the police seized 1000 kilograms of cannabis from the Saki village of Kadodara. Surprisingly, this time also, the smugglers left the truck in an unknown location.