Patel-Thakor-Mevani: Firebrands Of 2017, Seasoned Players In 2022 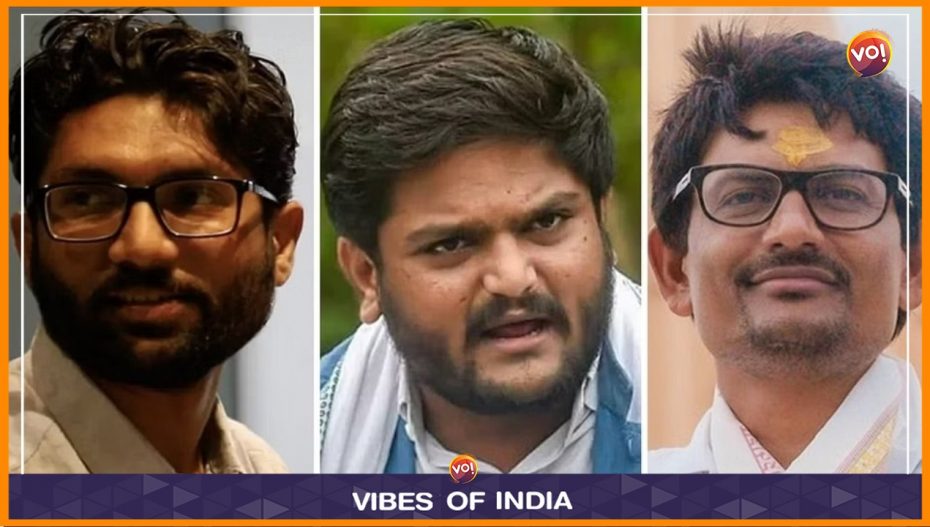 Five years ago, in 2017, Hardik Patel, Alpesh Thakor and Jignesh Mevani were the most-staunch BJP critics. This time around, while Patidar agitation leader Patel and OBC leader Thakor crossed over on BJP’s side, Mevani stood with the Congress. All three have won from respective seats, with perhaps the same concern for the scheduled and backward castes. But, the color of their win remains distinctly divided.

The “three musketeers” as the trio came to be known are leaders to watch out for. Hardik is a strong Patidar leader and as he has proven, an asset to political fortunes. His victory over sitting Congress MLA Lakhabhai Bharwad by a margin of 56,000 votes in Viramgam indicates the huge Patel votebank that he enjoys. Even though foes dug out old videos to show his antagonistic stand towards the BJP in 2017, the win has put an end to all doubts. Hardik Patel is here to stay and the BJP knows how to keep him well.

OBC leader Alpesh defeated Congress rival Himanshu Patel by 44,000 votes in Gandhinagar South. In 2017, while campaigning for the Congress, he courted controversy by stating that MHA Shah “consumed mushrooms worth Rs 4 lakhs to sustain the fair complexion.” His “Gujarat Kshatriya Thakor Sena” has been vocal for OBC youth and as young leader who switched from the Congress to the BJP in 2019, he knows how to dictate terms, while fully realizing the importance of remaining in the race.

Jignesh “jhukega nahin.” He is the most prominent Dalit leader in Gujarat Congress. That he retained Vadgam and defated formidable foe Manilal Vaghela by 5,000 votes says it all. Mevani remains the only man standing in Gujarat’s Congress bastions to watch out for. In the 2017 Gujarat assembly election, Mevani won the Vadgam constituency as an Independent. The Congress extended support to him by not fielding any candidate in the constituency. At 41, he is the convener of the Rashtriya Dalit Adhikar Manch, a forum fighting for Dalit rights.

Vadgam is a reserved seat for the scheduled castes (SCs), where Muslim voters play a decisive role. Muslim voters, estimated to be around 90,000, account for a third of Vadgam’s 2.94-lakh electorate. There are about 44,000 Dalit voters and 15,000 Rajputs. The rest comprise mostly OBCs.