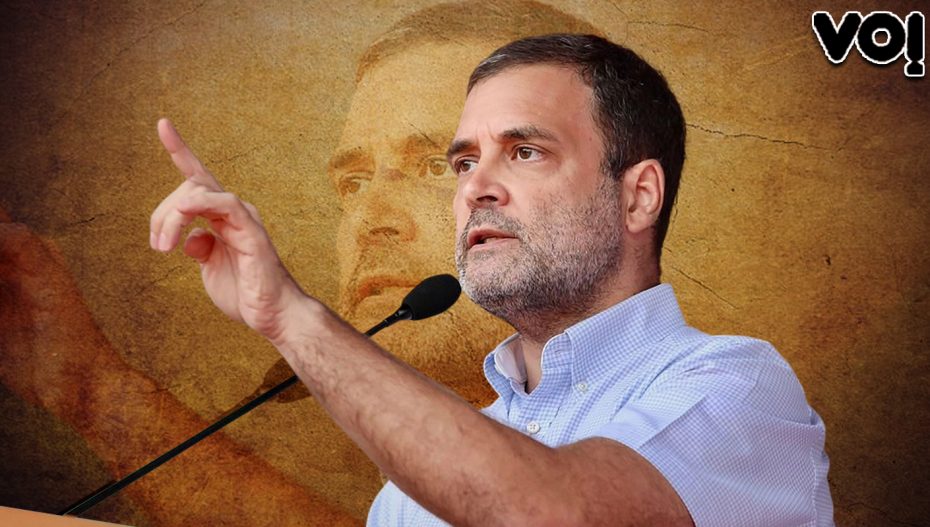 Congress leader and the Loksabha MP Rahul Gandhi will attend the Adivasi Adhikar Satyagrah campaign of Congress in Gujarat’s Dahod on May 10. “Rahul Gandhi will address the tribal issues with a declaration of solutions”, Sukhram Ratwa Congress Leader of Opposition told VOI.

Congress has started an online campaign stating #RahulWithAdivasi. Also the Gujarat Congress is harshly criticising the BJP government for depriving the constitutional rights of the tribal community. The Congress had established its hold on the tribal areas by leading the movement against possible displacement to be caused by river-linking project and its leaders Anant Patel and Sukhram Rathva continuously gave voice to the people’s concerns.

Rathva said, “literacy among tribal families is 20 per cent less than the state average. Also the government has admitted that food insecurity and malnutrition is a common phenomenon in the tribal areas. Due to illegal state sponsored corporate encroachment poor tribal families lost their lands and are migrated to Urban areas”. He also added that the below poverty line tribal population in Dang is  30%, Dahod is 40%, Narmada is 34%, Tapi is 29%.

Rahul Gandhi will address the campaign highlighting these issues in the Navjivan Arts and Commerce College at Dahod, Ratva added.

Speaking to VoI, Gujarat Congress Chief Jagdish Thakor said that the Congress party will continue this constant fight in the Parliament, the Legislative Assemblies and on the streets to secure the constitutional rights and special entitlements for the Adivasis.

The Adivasi Satyagraha yatra will cover all the 27 reserved seats for the Scheduled Tribes (ST), apart from the 12-13 more constituencies where tribal voters have influence. The Congress enjoys a decisive edge in the tribal region.

The top leaders from the BJP and the AAP have already started visiting the state, which is under the BJP led governance for nearly three decades. Even PM Modi had inaugurated projects worth more than Rs 22,000 crore in Gujarat’s Dahod and Panchmahal.

Gujarat Congress State in Charge Raghu Sharma, Congress Chief Jagdish Thakor and Amit Chavda have been ensuring the preparations to hold the tribal campaign in Dahod.