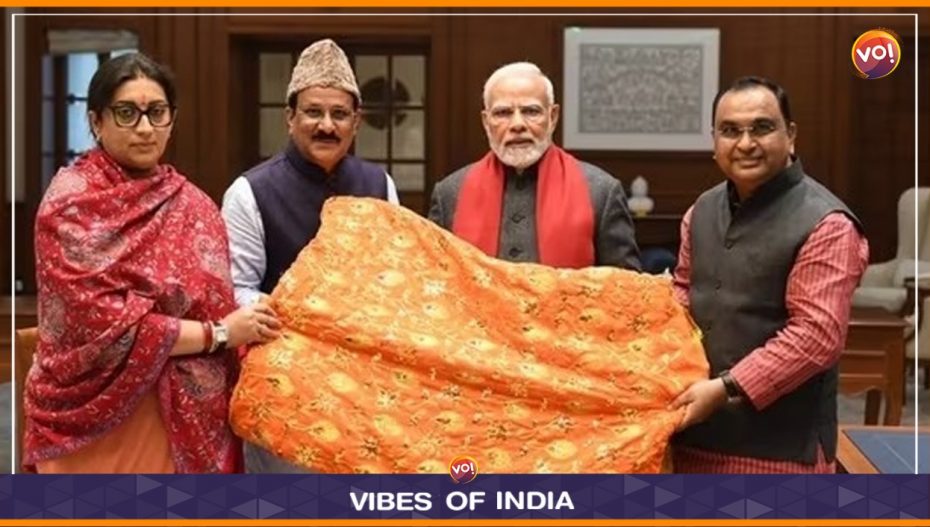 Prime Minister Narendra Modi on Tuesday presented a ‘chadar’ which will be offered on the 811th Urs of Sufi saint Khwaja Moinuddin Chishti at the Ajmer Sharif Dargah.

On Twitter, Prime Minister Modi posted a photo of himself presenting the “chadar” alongside Union Minister Smriti Irani and BJP Minority Wing President Jamal Sidiqque. He said, “Handed over the Chadar which would be offered on the Urs of Khwaja Moinuddin Chishti at the Ajmer Sharif Dargah.”

Fakhruddin Ghori of the Bhilwara family raised the flag at the Khwaja’s mausoleum in Ajmer, Rajasthan, on January 19, marking the start of the 811th annual Urs of Khwaja Moinuddin Chishti. The pilgrims held a large procession throughout the city following the Urs’ prayers.

The religious activities began on January 23 with the sighting of the new moon in Rajab, the seventh month of the Islamic calendar. People revered Khwaja Moinuddin Chishti, a famous Sufi saint from the sixth century who was an Islamic preacher, a scholar of religion, philosopher, and mystic. He also goes by the name “Gharib Nawaz” (patron of the poor).

Khwaja Moinuddin Chisht, who founded the renowned Chishtiyya order of Sunni mysticism in India in the early 13th century, was born in Sistan (modern-day eastern Iran) in 1143.

The Dargah is visited by thousands of pilgrims from all across the nation and overseas.