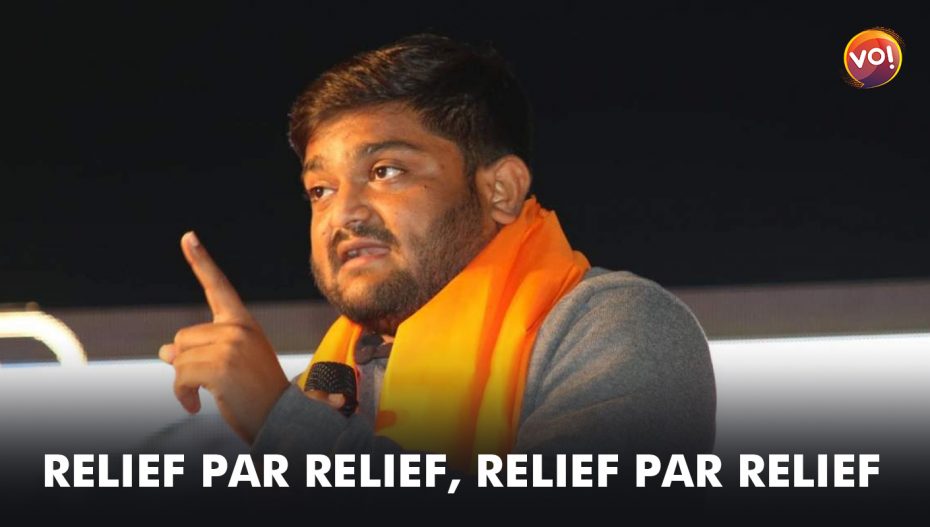 The road for young Patidar leader and Gujarat Congress working president Hardik Patel to join the BJP appears to be inching in. Though he continues to vehemently deny that he is joining the saffron party; he has been vocal about his “displeasure” with “nothing happening in Congress” and its “lazy leadership”(his words). Hardik however is going to remain present on Tuesday morning at Dahod when Rahul Gandhi kicks off the Gujarat Election Campaign.

The BJP government in Gujarat made a formal request to a lower court in Ahmedabad following which a city sessions court on Monday discharged Gujarat Congress working president, Hardik Patel, and 18 others from a criminal case. The lower court accepted the state government’s request and permitted it to withdraw the case in connection with an FIR lodged by a BJP councillor with Ramol police station in 2015. This and earlier supreme court verdict where the Gujarat Government reportedly took a milder approach facilitating that Hardik Patel could contest elections has raised speculations that he may join BJP. However, Hardik Patel told Vibes of India (Vo!), “these are all speculations. I am a candid person and whatever I feel, I say. I don’t play politics with people I am close to,” he claimed.

Additional sessions judge Prashant Raval today on Monday quashed a metropolitan court’s order passed on April 24 by which the magistrate rejected the government’s request to allow it to withdraw the case under provisions of section 321 of CrPC, following Gujarat BJP government’s request to withdraw “minor” criminal cases related to the Patidar reservation agitation. Patidars are 14 per cent of population in Gujarat but are politically and financially one of the top stakeholders. The Paatidar agitation spearheaded by Hardik Patel in 2017 under the aegis of PAAS ultimately saw a Patel Chief Minister only, Anandiben Patel having to quit her position.

Public prosecutor Sudhir Brahmbhatt told the Court of the government request and the judge thereafter permitted withdrawal remarking that this was as such a minor case.
While permitting withdrawal of the case, the court remarked that the magisterial court’s focus appeared more on previous behaviour of the accused and that its interpretation of the law was not proper. This introspective reflection, political observers say, also indicate Hardik Patel getting closer to the BJP.
A day after the metropolitan court rejected the state government’s request to allow withdrawal, the prosecution approached the city sessions court challenging the lower court’ order by terming it “wrong and contrary to the provisions of law”.
The state government maintained that the alleged offence was not committed against central government, nor was it being investigated by any central agency established under the Delhi Special Police Establishment Act. There was no central government property which got damaged in this case. Hence, the state government can seek withdrawal of the case under section 321 of the CrPC.
The case in question was about an FIR lodged by Vastral municipal councillor Paresh Patel of BJP with Ramol police in 2017 accusing Hardik and 18 others of rioting, unlawful assembly, and criminal conspiracy. Hardik was convener of the Patidar Anamat Andolan Samiti (PAAS).
During the rioting from 2015 to 2017, there were 537 FIRs filed across the state, public property worth Rs 44.5 crore was damaged and 15 persons had lost their lives. While the peak of the Patidar agitation was in 2015, sparks continued to flash till about 2017. The Congress made a political gain also during this time as it scored well in local self government bodies. Congress bagged 26 of the 31 district panchayats in 2015 which was a complete contrast to 2010 when Congress just had won one district panchayat. At present, Congress has two of the 31 district panchayats which reflect the poor state of Congress in Gujarat