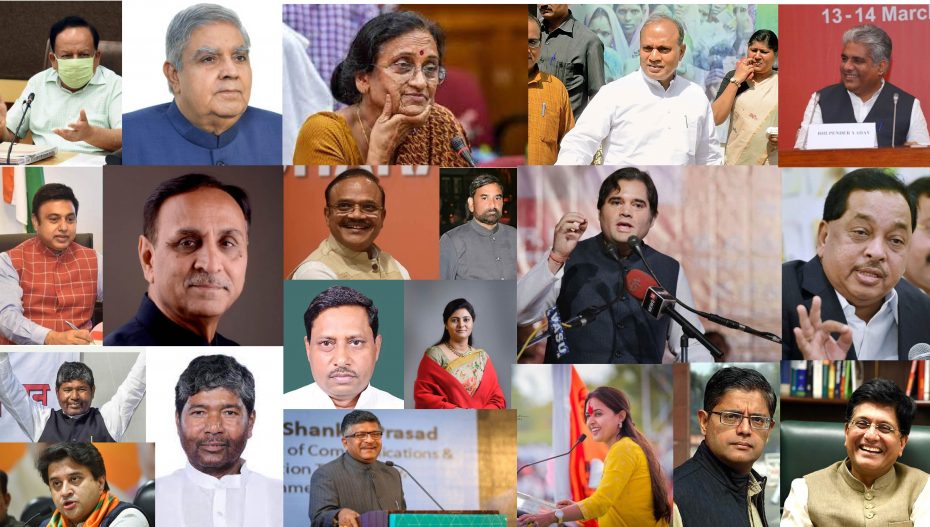 Amidst the buzz of a cabinet reshuffle, a source in the know of these developments in Delhi claimed to Vibes of India (VoI), that this Union cabinet rejig is aimed at killing many birds with one stone.

He gave us a few reasons:

Even as there is a buzz that PM Modi will go in for a cabinet rejig on either July 7 or July 17, he enjoys sending across fake alarms. This is not a myth but a very scientific and smartly devised style. This is a style he devised in Gujarat. People close to him would let a few names out in the “market”. Feedback would start “pouring in immediately. Then CM Modi would assess all the feedback, study the acceptance of these leaders and their appointment and then announce the actual names of the Ministers. Nobody knows caste calculations better than PM Modi.

At least four times, this exercise has yielded superb results. Most of the time, the names discussed the most would not find any place in the Cabinet. That is the signature Modi style that he perfected in Gujarat. So all we have is a buzz. The only thing we know is the Parliament session commences from July 19 and Chaturmaas, a Jain religious ritual commences from July 20 so to facilitate a smoother Parliament functioning, the reshuffle could take place before 17.

Rejigging regional presence in the Cabinet, keeping the changing regional equations, and growing clout of regional leaders is another important issue in PM Modi’s mind, the source said.

Maharashtra could unfold as the most important development. New ways of keeping Mamata Bannerjee occupied and on the bay are equally important. But nothing matters more than Uttar Pradesh and its forthcoming elections. “the delay in the new Cabinet rejig is because PM Modi has sought some more feedback for the upcoming Assembly elections in Uttar Pradesh in the first half of 2022 and Gujarat in December 2022 which are going to be his personal battles.

The forthcoming Cabinet rejig will throw up the biggest cabinet size ever in PM Modi’s reign. PM Modi, at present, is free to inculcate as many as 28 new ministers. It remains to be seen whether PM Modi uses this freedom or sticks to his personal liking of not having a big, massive Cabinet. As per the rule, the PM can have 81 ministers in his Cabinet. He currently has 53 Cabinet Ministers. More new ministers could mean more local regional representation to curb the regional satraps who are in opposition to the BJP. Maharashtra, W Bengal, Uttar Pradesh, Madhya Pradesh, and Karnataka are some States from which PM Modi is keen to improve representation.

Aspirants and BJP leaders keen to become ministers are aplenty but here is the first list of people and their States, who are most likely to be inducted.

Vibes of India has no idea of names from W Bengal. The only name VoI got from the State was that of Dinesh Trivedi. But Delhi sources claimed his berth was not yet confirmed.

Some other interesting names doing rounds include

“Caste and political implications may be given more weightage than sincerity and experience”, the source added claiming that PM Modi is a great politician with a bird’s eye view on everything. This will be reflected in the Cabinet rejig, he said.

There also is a buzz of two union ministers to be dropped from the existing Cabinet following their non-performance. This includes one Minister from Gujarat. Also, there is a buzz of a change in Governorship of a State in the Northern Belt.