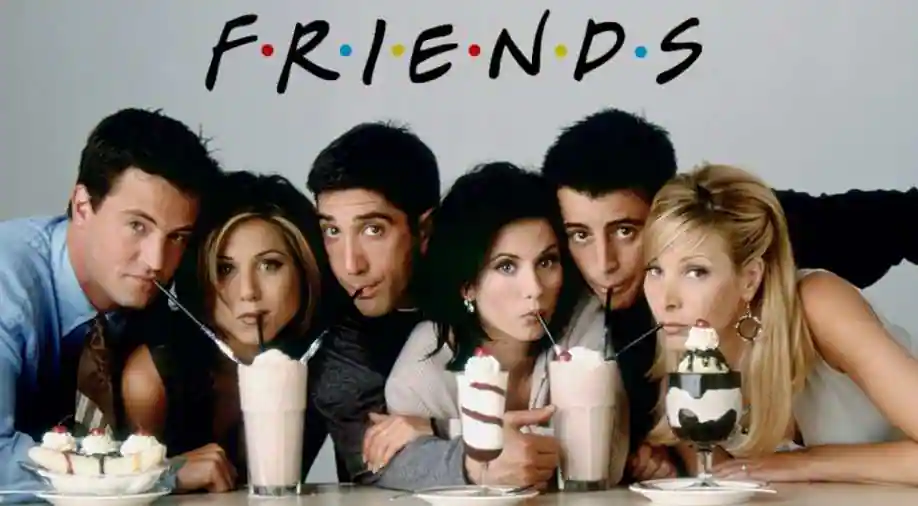 Everyone would agree with me when I say that FRIENDS is an all-time favourite sitcom of almost every person on this planet.

It all started when Crane and Kauffman (founders/directors) began thinking about the time when they had finished college and started living by themselves in New York; Kauffman believed they were looking at a time when the future was “more of a question mark”.

The show is about a group of six friends, Monica, Ross, Chandler, Phoebe, Joey and Rachel. Their story begins as Rachel leaves a man at the altar because she does not love him and gets shelter at her high school friend, Monica’s purple, NYC apartment. Mostly, the group of six go through the day-to-day obstacles of life together in the period of their life when they are just figuring out ‘adulting’. It is about the bond that is unbreakable between six people. They hang out at the Central Perk Cafe.

The basis of Friends is for other people to connect with this show and relate their life to it.

The show’s enduring popularity is not just down to a devoted fan base of nostalgic 30 and 40-somethings. It is also due to a new crop of binge-watching Millenials and Gen Zs around the globe. The concept of the show is so timeless that the new era sees itself in its characters and situations, even though Friends premiered before some of them were even born.

Coming to the casting of FRIENDS, the six main characters Rachel, Monica, Phoebe, Ross, Chandler and Joey, were played by Jennifer Aniston, Courteney Cox, Lisa Kudrow, David Schwimmer, Matthew Perry, and Matt LeBlanc, respectively. But other regulars on the show cannot be ignored due to their charismatic acting. Especially, Gunther, the barista at ‘Central Perk’ which is played by James Michael Tyler. His huge crush on Rachel and his displeased encounters with Ross just doing daily tasks. And Janice played by Maggie Wheeler. Who does not remember her iconic phrase, ‘OH MY GOD’ and her laughter along with it, and Chandler’s annoyed, shocked or surprised face after hearing those three words?

I began watching this show when I was diagnosed with COVID. It was tough being alone in a room, but when I started watching Friends, my mood lightened up. I had a roller coaster of emotions watching it and my COVID flew by me before I knew it. Each episode helped me understand the concept of how the real world is and how it is going to be once I step into it.

Friends have a lot of benefits like teaching you what the real world is like, you can relate to the characters who solve your problems too because the universality of the show cannot be ignored. And it will always be there for you.

Why do people only criticize failures and don’t po...