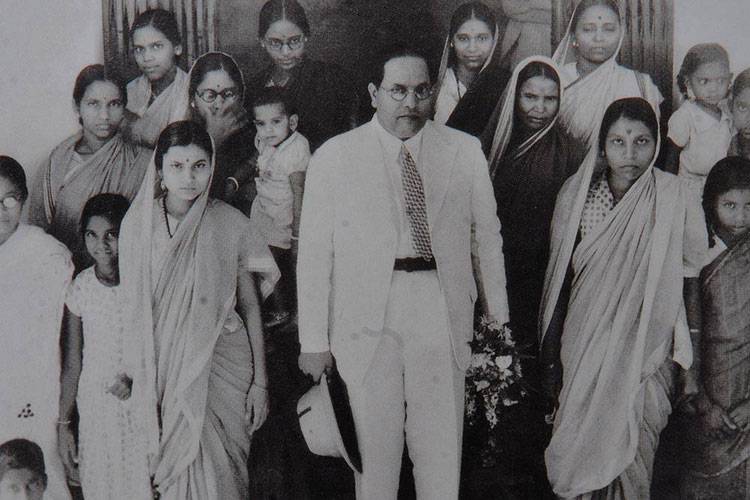 It would be a great injustice to Dr Babasaheb Ambedkar, whose 131st birth anniversary was celebrated recently, only as a Dalit leader. We often forget that he also worked tirelessly for women’s rights, believing firmly that the political, economic and social upliftment of society could only be improved if men and women both have equal rights. There are innumerable Dalit women on the sidelines of history who are unheard of but their contribution needs to be acknowledged. Celebrating Ambedkar is hollow without giving due respect and recognition to these women.

Androcentric India has historically and culturally, failed to acknowledge the contribution of marginalized women. The narrative is reflective of criticism of dominant castes could also be a reason. Recalling the unsung stories of Dalit women heroines and their struggle and bravery over the centuries will help remove the institutional discrimination faced by Dalit women over the centuries.

The story of Sabri from the Ramayana has been used as an example of devotion, selflessness and unconditional love. It has been adapted into several hymns and poems. The advent of Bhakti led to the rise of women of the Mahar caste where women like Sant Nirmala and Soyarabai questioned orthodoxy in the religion.

Nangeli fought against the brutal “breast tax” system, which taxed women of the lower castes who covered their breasts. She cut off one of her breasts and presented it to the people who came to ask for taxes. It was after this act of immense bravery thatother women in the community were inspired to cover their breasts without hesitation.

During the freedom struggle, every section of the society tried to combine social and political emancipation. Kuyali, who commanded the army of the queen of Sivaganga, Velu Nachiyar in Tamil Nadu, was a Dalit woman who fought against the British around 1780. Jhalkari Bai, another fearless Dalit warrior, played an important role in the First War of Independence of 1857 as the most trusted companion and advisor to Rani Laxmibai of Jhansi. Born in Ujirao, Lucknow, Uda Devi formed a battalion consisting of Dalit women under the leadership of Begum Hazrat Mahal.

Among the social reformers, there was indomiatble Savitribai Phule. A pioneer in education for Dalits, she started a school with nine girls in 1848. By 1851 it was converted into three schools with about 150 girl students. She also started a school with her friend Fatima Shaikh in 1849, Mahila Seva Mandal in 1852 to raise awareness of women’s rights and a home where widows and rape victims could give birth.

Rani Rashmoni, born in the Kaibarta caste community, opposed the practice of sati and child marriage and atrocities on the lower caste people and even submitted a petition against polygamy to the ruling establiment of British of the time.

Movalur Ramamirtham Ammaiyar fought against the horribly exploitative devadasi system. In 1936, she published a Tamil novel on Devadasis and in 1945 wrote the fictional series Damayanti.

Dakshinayani Velayudhan was the first and only Dalit woman to be elected to the Constituent Assembly in 1946. She was also a part of the Provisional Parliament from 1946 to 1952. Her contribution to civil disobedience and satyagraha is a story worth teling.

The valour of Dalit women is expressed in thier actions as well as in their written words. In Maharashtra, writers like Shantabai Kamble, Mallika Amar Sheikh and Kumud Pawade shed light on the plight of a Dalit woman through their autobiographies.

In Tamil Nadu, writers such as Bama and P Sivakami explored gender discrimination as a two-way oppression. Marathi writers like Urmila Pawar and Meenakshi Moon worked to portray Dalit women in the women’s movement. Thier literature and research bear testimony and bring to the fore the grim reality of anonymous voices.

Today Dalit women like Dulari Devi and Mayawati also are in the rckoning. Mayawati’s conviction and social engineering prowess made her the chief minister of UP four times. With the help of her art, the Mithila painter Devi of Bihar, captures the interplay between meaning and power within the hierarchical framework of religion, caste, gender and politics.

Fulfill Our 14 Demands, Or Else... Warns Jignesh Mevani