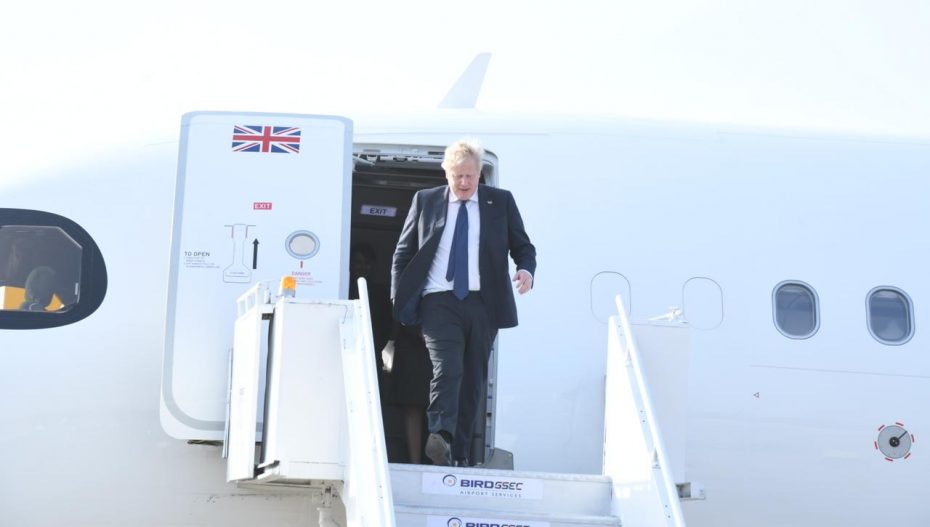 British Prime Minister Boris Johnson landed in Gujarat’s Ahmedabad, where he was welcomed Governor Acharya Devvrat and the Chief Minister Bhupendra Patel, amid various cultural festivities that showcased Bhatigal culture of the state.

Johnson is expected to do a cultural tour of the city, visiting the Sabarmati Ashram in order to pay tribute to Mahatma Gandhi. Following this, he has a series of meetings that will be focused on promoting economic and business relations between the two countries.

On his agenda will be a visit to heavy machine firm JCB’s Vadodara plant. He is also likely to meet with businessman Gautam Adani. A visit to Gandhinagar’s GIFT City is also on the schedule.

Johnson is scheduled to leave for Delhi this evening. Here, he is expected hold talks with Prime Minister Narendra Modi to focus on Indo-Pacific trade relations. It is believed that Johnson will not be breaching the subject of Ukraine, or India’s stand on the matter.