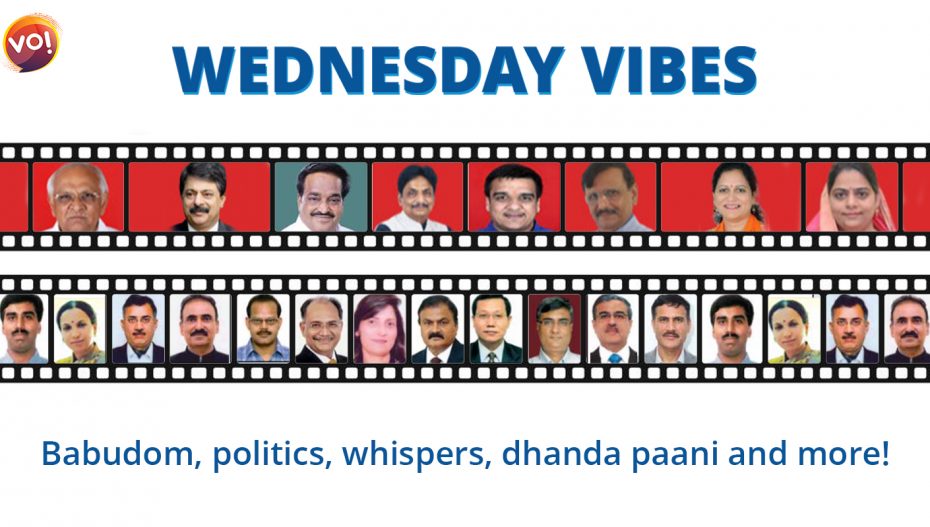 Walk in the corridors of BJP’s headquarter Kamalam and you may easily mistake it for Gujarat AAP head office. These days, BJP karyakartas are dissecting and discussing AAP party’s strategies more than those who are actually in the AAP office.

After the latest victory in Punjab; AAP leader Arvind Kejriwal, Manish Sisodia and Bhagwant Mann have been making rounds in Gujarat and this has alarmed the ones in Saffron topis. From the expansion of its IT cell to aligning its members; BJP is already guarding itself.
Meanwhile, is anyone talking about Gujarat Congress? Probably the history books.
***

Nitinbhai, you are still missed!

Long pending Chief Minister of Gujarat, Nitin Patel, may have missed the opportunity to be the face of the State but he has surely made his place in the hearts of the people. The current staff of a health minister had earlier worked with Nitinbhai and they fondly miss him.

One of them even told Vo! that “Nitinbhai was approachable, he treated us all with respect and even helped us when we were in need. We could just meet him at his bungalow and he would listen to our concerns. Now, things are not the same.”
People remember how you treat them and Nitinbhai surely knows to win hearts.
***

Take a walk on the corridors of Swarnim Sankul-2 and you will see that the longest queue is for the youngest minister: Harsh Sanghavi. Over 200 people are easily in line to meet the Youth and Sports Minister.
Most come with their concerns and some just greet Sanghavi. “Harsh bhai listens to us patiently and gives solution on the spot. He would make a few calls or ask his team to look into the matter. He is our only hope.”
Sometimes the number of people at his door surpasses even the people waiting for the Cabinet Ministers. Such is the charm of Harshbhai!
***

Here’s some good news for farmers. Gujarat government is likely to waive off all leaseholders of barren land–who have cultivated crops that weren’t identified by the state government.

Earlier, it was a punishable act to grow anything on these coastal lands except the crops permitted by the State but now, the government is likely to amend the law and make the land open for any sort of crop cultivation. This move comes from the Revenue department and it seems like preparation to woo farmers have already begun. Maaf Kijiye, Gujarat Elections hain!
***

A former MLA from BJP is returning home. The MLA who once left BJP to join Congress is finally reconciling with his former party. BJP too is geared up to welcome him. Security, administration, guests everything is sorted for the arrival of this MLA.
When some wondered about this red carpet welcome; a senior BJP leader pointed out that even after being in Congress for almost five years–this MLA never went against the BJP. In fact, he remained loyal to the party even after changing his official affiliation. The party had suspended him for six years but after observing his cordial behavior towards the party; BJP seems to have forgiven him.
Even prisoners are forgiven, to yeh to BJP MLA hain!