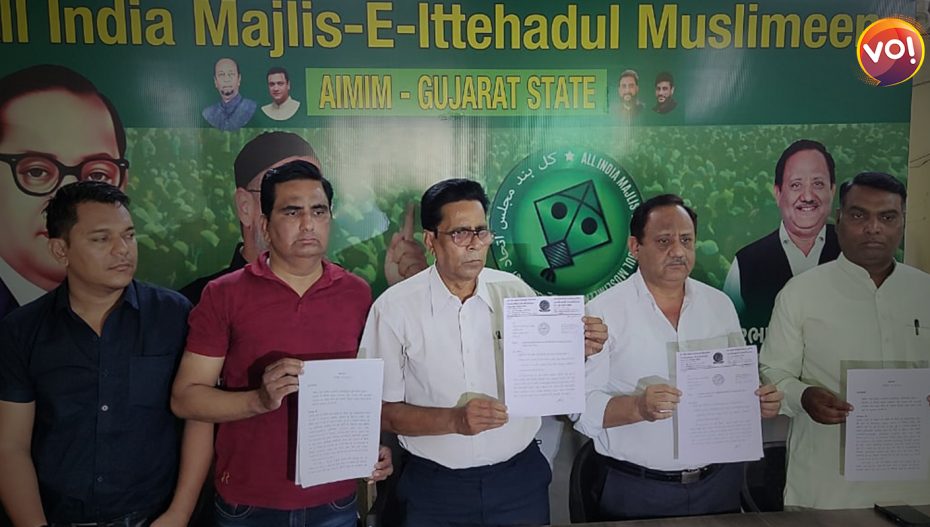 The Gujarat unit of AIMIM on Thursday alleged that a conspiracy was being hatched to disrupt the communal harmony on May 3 when Parshuram Jayanti Shobha Yatra and Eid-ul-Fitr fall on the same day.

In a press conference in Ahmedabad, the newly appointed State Convenor of AIMIM and human rights lawyer Khemchand Rajaram Koshti said a delegation of his party called on Director-General of Gujarat Police Ashish Bhatia and expressed their concerns that there might be communal trouble in the same way as in Khambhat, Himmatnagar and Veraval on  May 3.

Koshti said the state AIMIM leaders met and requested the DGP to keep a hawk’s eye on elements trying to create trouble when the Parshuram Jayanti Shobha Yatra passes on various routes when the Muslims would be celebrating Eid on the same day. They cited Khambhat and Himmatnagar events to buttress their concerns.

The route of the Shobha Yatra starts from Bopal, Shivranjani, Vasna, Chandranagar, Danilimda, Shah-e-Alam and Maninagar areas. Advocate Koshti said, “We requested the DGP to maintain a strict vigil, especially in sensitive areas of Danilimda and Shah-e-Alam, which have mixed neighbourhoods.”

This was AIMIM’s first press conference after State Vice President Advocate Shamshad Pathan resigned from the party alleging that the party was running as a B-Team of the BJP.

Also Read: “Gully Committees to Win With The People. Not Win Over Them,” AIMIM