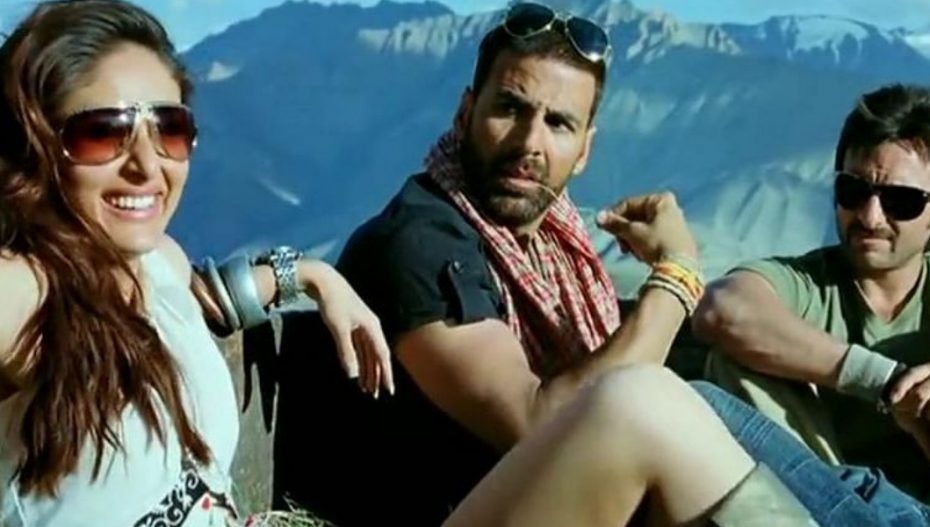 During the chat with Twinkle Khanna for her tweak India platform, Kareena Kapoor revealed that Akshay Kumar sensed the on growing chemistry between of Saif and Kareena on the sets of “Tashan”

During conversation Kareena said  “Saif and Akshay were talking and Akshay kind of got the vibe that Saif and me were like connecting. Akshay took Saif in the corner and he was like, ‘listen, tread carefully because they are dangerous girls, this is a dangerous family and I know them be careful”

Explaining Akshay and Saif’s conversation, Kareena further said that “He was like don’t kind of mess with her, was his vibe to him that he was trying to say that ‘you are barking up the wrong tree.’ Saif was like, ‘no, no. I know that, I’ve figured her out’,”

Kareena and Saif started dating after growing feelings for each other on the set of Tashan,During the shoot schedule in Ladakh and Jaisalmer saif and kareena used to go on hikes together to enjoy nature, Couple dated for 4 years and tied knot in the year 2012.