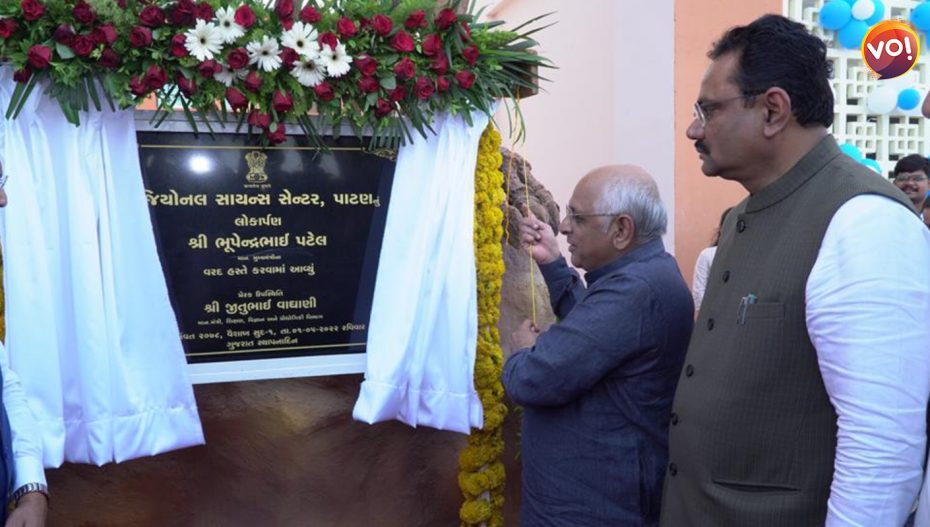 Gujarat Chief Minister Bhupendra Patel, today, on the occasion of Gujarat Foundation Day,  inaugurated a Regional Science Centre in Patan. This state-of-the-art science center is spread over 34,000 square meters and is aimed at boosting interest for science and technology among the young people.

The center is among four such establishments in Gujarat. Patan is located some 130 kilometers from Ahmedabad and the center is said to become the identity of the district.  The centers has created many observatory lounges, keeping in view the uniqueness of Patan district. These include Land of Dinosaurs Gallery, Hydroponics Gallery, Nobel Prize Gallery, Chemistry, Optics Gallery, Human Science Gallery.

This morning, Patel, through Twitter congratulated the people on the state on the Gujarat Foundation Day. Writing in Gujarati, he said, “Gujarat has contributed immensely in bringing Mother India to the pinnacle of supreme glory.”

Gujarat and Maharashtra were part of the bigger Bombay state. In 1956, Mahagujarat Andolan was started, demanding that the two states be split on the basis of language. On May 1, 1960, finally the two states were formed under the Bombay Reorganisation Act.